Over 16,000 Spaniards Residing In The UK Risk Losing Their Legal Rights As Of July 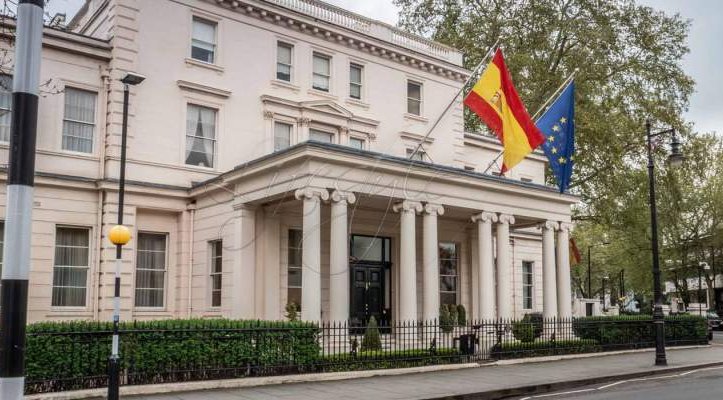 Over 16,000 Spaniards Residing In The UK Risk Losing Their Legal Rights As Of July. image: Wikimedia

Over 16,000 Spaniards Residing In The UK Risk Losing Their Legal Rights As Of July.

JULY is quickly approaching and the deadline for all EU citizens living in the United Kingdom to request residency will soon come to an end. However, the delays in the resolution of the requests keep up the uncertainty for over 300,000 European immigrants, including more than 16,000 Spaniards. While they wait, some are already finding it difficult to change homes or jobs.

There are barely three weeks left for EU citizens living in the UK to apply for the paper that recognises their residence in the country after Brexit. June 30 is the deadline set by the British Government for those who lived in the UK before December 31, 2020, to apply for permission under the ‘EU Settlement Scheme’ (EUSS). This is the plan that was created for European citizens and their families to maintain their right to reside, work or study in the United Kingdom.

Spaniards Residing In The UK

As of January 1 of this year, those citizens of the European Union who entered the British Isles with any of these objectives must apply for a visa, in accordance with the new Immigration Law. The plan, which began operating on March 29, 2019, has so far received a total of 5,043,000 applications as of April 30, according to the latest data published by the British Home Office.

However, not everyone who have requested to stay in the country has already had their residence permit accepted. Official data revealed at the end of May that the United Kingdom Government reveals a mountain of 305,000 unsolved requests, and that is not counting those it continues to receive every day.

Of the 305,000 pending, a total of 16,540 come from Spaniards who risk remaining in legal limbo if they do not receive a response back before June 30.

The problem is that an excessive delay in the response leaves thousands of Spaniards without any idea as to when exactly they will receive their permits.

Government data shows that, during the month of April, the Ministry only handled 18,800 requests:

“Given the pace at which they have been processing this stock over the past year, we have done an analysis, and it is unlikely that, by next month, which is the deadline, they will resolve all pending requests. This problem will continue with us over the summer and next year, ” said Work Rights Centre Director Olivia Vicol.

Organisations in defence of the rights of Europeans criticise the Government’s lack of clarity and communication on how to proceed in these cases: “Many of the businessmen with whom we have spoken are still waiting for an action guide from the Government because they do not know what to do in this situation as of July 1,” explains Maike Bohn, co-founder of The3Million. “If someone has late applications in July, they are going to face real problems proving that they have a work permit. They will be discriminated against if they do not have the application certificate or the code to share your status.”