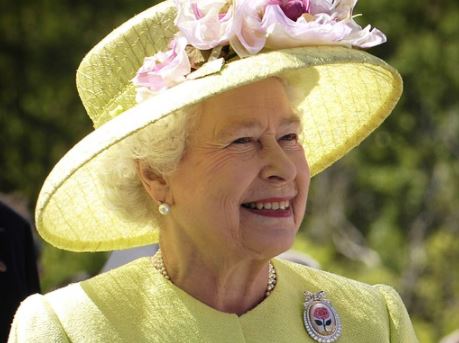 Prince Harry And Meghan Markle Did Not Ask Queen Before Naming Their Daughter Credit: Pixabay

Prince Harry And Meghan Markle Did Not Ask Queen Before Naming Their Daughter.

According to a Palace source Prince Harry and Meghan Markle did not ask the Queen before naming their daughter.

Baby Lilibet was born on Friday, and named Lilibet Diana Mountbatten-Windsor, which means that she shares the sweet nickname that the Queen had from her childhood. But according to reports Harry and Meghan did not ask the Queen regarding her name.

Since Lilibet’s birth, sources close to the Sussexes have maintained that Harry and Meghan had previously told the Queen about the name choice, and one source stated that Harry “would have mentioned” the intended name.

Now according to the BBC a Palace source has alleged that this is not the case. The source claims the Queen was “never asked” about using the Lilibet name.

According to previous reports in The Times the Queen had been informed that her 11th great-grandchild was due to be named in her honour. Shockingly, according to The Mail, Buckingham Palace officials have alleged that they were unaware of the birth of Harry and Meghan’s child until they saw it on social media when the announcement came out at 5 PM.

The Archewell website spoke of the arrival and commented that: “On June 4, we were blessed with the arrival of our daughter, Lili.

“She is more than we could have ever imagined, and we remain grateful for the love and prayers we’ve felt from across the globe.

“Thank you for your continued kindness and support during this very special time for our family.”

In recent Royal news, according to one royal expert the Royal family could be close to “tipping point” due to Meghan Markle and Prince Harry’s attacks on the Royal family. Rebecca English, royal commentator has issued a warning that Harry and Meghan could soon face “consequences” if they carry on “poking the bear”.

Earlier in the year Harry and Meghan had an in-depth discussion with Oprah Winfrey where the pair shared why they had left the Royal family. The Royal correspondent for The Daily Mail has commented that: “The Palace have always gone with the never complain, never explain approach.

“Can we really expect that to carry on? Surely there will be a tipping point?”

She went on to highlight that: “The Palace genuinely don’t want to get drawn into a public slanging match with Harry and Meghan.”