The Pez Espada Hotel in Torremolinos Reopens after Renovation 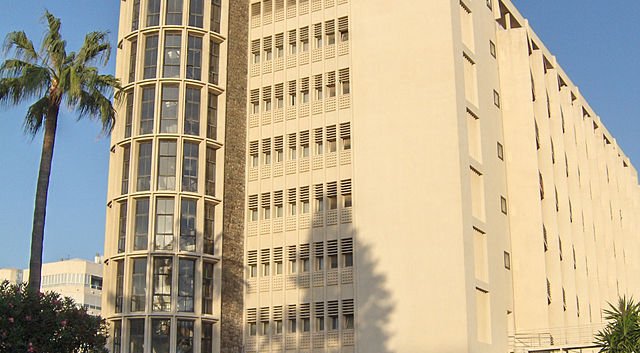 THE historic Pez Espada hotel located in Torremolinos, owned by Azora European Hotel & Lodging FCR and managed by the Med Playa Group, reopened its doors on June 4 after being closed for nine months and after an extensive reform of the facilities that allows it to position itself in the superior four-star category.
As reported by Malaga Hoy, 198 rooms and suites, common areas and lounges have been renovated and a new restaurant and a new ice cream parlour will be inaugurated. The renovation, which has lasted six months, have made it possible to obtain the Breeam sustainable buildings certificate. This reform has respected the protected elements of this iconic building built in 1959 and catalogued it as a Site of Cultural Interest (BIC). The spaces have been endowed with a retro air with a nod to the iconic building, combining modern elements to recall the glorious 60-70s, the time of its opening, with photographs and paintings by Hollywood film artists that at this time were they stayed at the hotel, like singer and actor Frank Sinatra.
The renovation has practically covered the entire hotel and has allowed the number of rooms to be increased to 239, with a greater proportion of junior suites, a total of 39, that include exclusive concierge, reception and VIP lounge services. The reform also includes the opening of the new Restaurant Ondina on the Paseo de Torremolinos, with views of the sea, the reformulation of the buffet restaurant and other food and beverage outlets, such as the new food truck for a catering service by the pool.
“We want the new Pez Espada hotel to be the symbol of the recovery of the Costa del Sol after the pandemic,” explained Jordi Avellí, Med Playa’s director of operations, on Tuesday, June 8. “After more than 60 years as an emblematic international destination on the Costa del Sol and with a privileged location on the beachfront, the Pez Espada hotel has made a significant investment to renew itself and continue its tradition of being a unique establishment.”