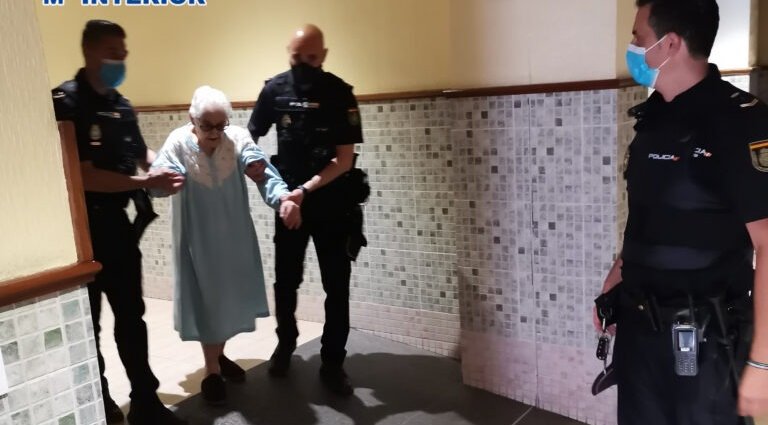 TWO elderly women have been rescued from a fire in Almeria’s El Ejido by National Police officers.

National Police officers in El Ejido in Spain’s Almeria have evacuated a building which was on fire in Calle Cartagena. The officers were able to rescue two elderly women to whom the fire posed a danger to their lives. The women had reduced mobility and luckily were rescued by the officers.

The incident occurred on June 8 at around 10.30am and the CIMACC-091 Centre of the National Police notified the police force that a blaze had occurred at a house in El Ejido’s Calle Cartagena.

Once officers rushed to the scene of the fire they could see a column of smoke in the building’s courtyard. They also spotted that one of the windows had flames coming out of it. They set about evacuating the building supported by officers from the El Ejido Local Police.

Due to the smoke which was discovered in the building’s communal areas it was essential that the first floor upwards was evacuated quickly. Officers were luckily able to rescue two elderly women who had reduced mobility and quickly saw them to safety.

Once the women were outside safely they were handed over to medical staff who were soon able to certify that they were safe and well and not suffering from any illness.

National Police officers discovered that as well as the people who they had rescued a further five men were living at that address. Luckily all of them were working at the time of the blaze. No injuries were recorded during the fire.

Firefighters were able to safely extinguish the blaze and they later certified the cause of the fire. After studying the scene, they determined that the fire’s origin was an electrical short circuit. The short-circuit had occurred in one of the homes located on the first floor.