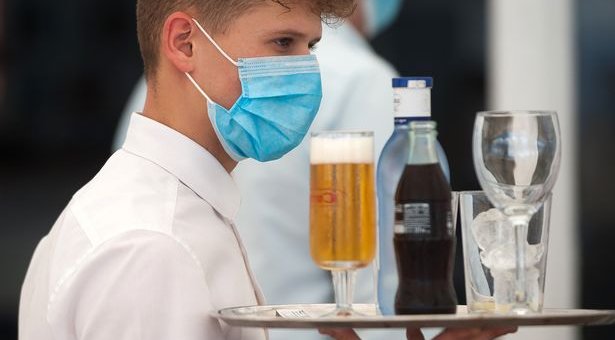 Restrictions are now up to the autonomous governments. Image: Twitter

The Spanish Health Ministry has removed restrictions on hotels and bars. The decision on what restrictions, if any, to impose will be left to Autonomous Communities. The restrictions were initially met with stiff opposition from Andalucia, Madrid and the Basque country.
THE new Declaration of Coordinated Actions (DAC) presented by Health Minister Carolina Darias on June 9 removes the contentious subsections about restrictions on hotels and bars.
According to La Sexta, “Specifically, the new text refers to subsections A) and B) of point 1. That is, first, to the one that refers to the closure of the interior of the hotel business in those communities that are at level 3 or higher. A measure that was included in the previous update plan, but that Health had rescued, and made it mandatory in the new modification. Now, it is directly removed.
“Secondly, Health also eliminates the limitation to the closing hours of these same establishments. Thus, although in the previous text it was specified that bars and restaurants should close at the latest at 1am, without admitting new customers after midnight, now there is no specific guideline, so that it will depend on the autonomous governments themselves,” the report added.
The Minister said, “The government always listens to everyone, to the autonomous communities, to the autonomous cities, to the sectors involved. What we have unanimously approved is a review of the DAC in search of consensus and of the agreement.
“Consensus is not easy, but if it is sought it can be found,” she added.
Pubs and discos in level 2 areas will also be able to reopen, but they will be required to shut at 2am depending on the epidemiological situation.