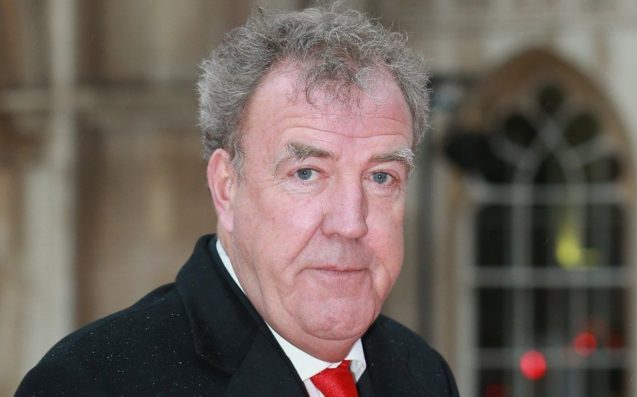 Clarkson says he is an "inept townie". Credit: Twitter

Jeremy Clarkson’s new farm show will start on Amazon Prime tomorrow. The Grand Tour and Who Wants To Be a Millionaire presenter will run a 1000-acre working farm in a new Amazon Original series, Clarkson’s Farm.

Clarkson, who describes himself as an “inept townie” will run his own 1000-acre working farm in Oxfordshire.

“Good news! I can finally confirm that I’m going to be spending the next year, in the rain, making a show about farming for Amazon Prime. Of course, to be a farmer you have to be an agronomist, a businessman, a politician, an accountant, a vet, and a mechanic. And I’m none of those things. I don’t even know what agronomist means,” said Clarkson.

“I’m looking forward to people’s reactions to it because it’s like nothing I’ve done before. Nobody falls over, nobody catches fire, nobody explodes. It’s a quiet genteel look at how farming is done and how I react to it. It’s a nice programme. And there are some amazing facts about farming,” he added.

Amazon said, “Jeremy Clarkson is a journalist, a broadcaster, and a man who travels the world to slide sideways in supercars while shouting. He is not a farmer, which is unfortunate because he’s bought a 1,000-acre farm in the English countryside and decided to run it himself, despite knowing nothing whatsoever about farming.

“The series follows an intense, backbreaking and frequently hilarious year in the life of Britain’s most unlikely farmer and his team, as they contend with the worst farming weather in decades, disobedient animals, unresponsive crops, and an unexpected pandemic.

“Helped only by his gang of agricultural associates, Clarkson quickly discovers that a modern farmer must be a conservationist, scientist, shepherd, shopkeeper, midwife, engineer, accountant and tractor driver, often at the same time.”