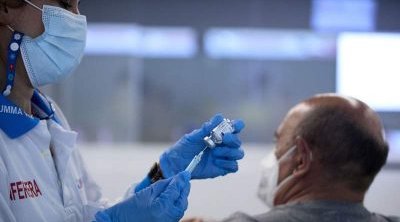 MALAGA HITS vaccination record with 27,000 doses administered. The rate of vaccination against the Covid-19 disease in the province increases day by day. According to the data provided by the Ministry of Health and Families, 27,000 doses have been administered and that more than 14,000 people from Malaga are fully vaccinated.
As reported by La Opinion de Malaga, a total of 1,061,314 doses have already been distributed and administered since the vaccination plan began in Andalucia. A total of 685,683 people from Malaga have received at least one dose, this figure represents 40.67% of the population. There are already 393,062 citizens in the six health districts of the province who have completed their vaccination schedule. At this time, 23.31% of the Malaga population has achieved complete immunity.
Herd immunity is still far away, but health authorities highlight the rate of vaccination that places the autonomous community at the forefront compared to other territories. With the numbers in hand, 0.91 of all the people who have completed their vaccine schedule have done so in the last 24 hours. This increase has been around 0.60% in recent days.
Regarding the deceased and infected in the last 24 hours, the Ministry of Health and Families has indicated that the two deaths with coronavirus in the province have been located in Malaga capital and Marbella. 232 new infections have been registered while a total of 314 patients have recovered. As a result, the number of active cases has once again been reduced to 4,144.
The province has recorded more than 13,000 infections since last April 1, since the third wave was considered controlled. There are now 103,850 people from Malaga who have tested positive since February 2020. While 98,051 people have managed to overcome the virus during this period. Recent data shows the downward trend of the patients admitted during the last weeks and there is a decreasing number of serious cases in the public registries in the health centres of the province.