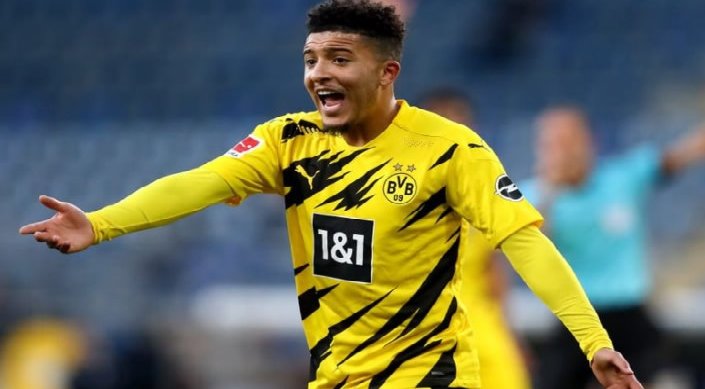 Manchester United have reportedly signed personal terms with Borussia Dortmund and England star, the 21-year-old Jadon Sancho, a player they have been chasing for the past two seasons, and now it looks as though they will finally achieve their target, according to The Sun.

According to Fabrizio Romano, the Sky Sports Italy journalist, Sancho has agreed to a contract until 2026, but a transfer fee has yet to be agreed between the two clubs, which is expected to be in the region of £80m, with the current pandemic situation bringing a big drop in the asking price, compared to the failed deal of last Summer, when the Germans asked £108m for the young winger, and United ended up signing 34-year-old Edinson Cavani on a free transfer instead.

A former Manchester City academy graduate, Sancho is currently in training with his England teammates preparing for Euro 2020, which starts tomorrow, Friday 11, hoping that he can steer his national team to glory this Summer, after rediscovering his lost form of last season, where he scored 16 Bundesliga goals, and provided 20 assists in 28 appearances for Dortmund, including a brace in the German Cup final.

Sancho would appear to be Ole Gunnar Solskjaer’s preferred choice, after Man United agree the terms, while Harry Kane and Erling Haaland’s names kept cropping up previously, but word has it that Dortmund have slapped a monstrous £170 million fee on the Dane.

Michael Zorc, Dortmund’s sporting director admitted the club will not stand in Sancho’s way if a suitable offer comes in, saying, “We already had a gentlemen’s agreement with Jadon last year that he can switch under certain conditions. He’s been with us for a couple of years. However, this agreement does not exist with Erling”.