The ‘Rainbow Family’ Is Still Camped Illegally In La Rioja 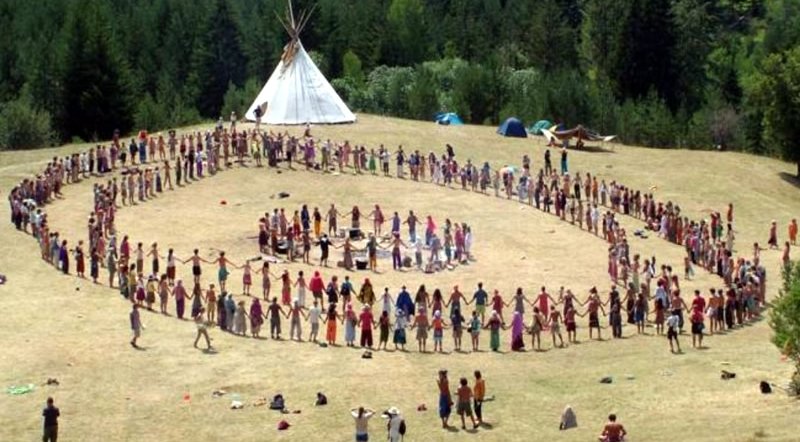 Despite 76 complaints of breaking the law being lodged against them by the Guardia Civil, for various infractions, the 200-strong hippie-style ‘Rainbow Family’ – comprising people from all over Europe – has been camped out for almost one week already, illegally, in a mountain south of La Rioja, as reported by elespanol.com.

A press release from the force today, Thursday 10, reported that the group is camped in a remote enclave of the Portilla Valley, about five kilometres southwest of the Riojan municipality of Viniegra de Abajo, and three kilometres from the border with Castilla y León, a location so remote that you must travel the final two kilometres on foot, with police controls preventing another 54 arrivals belonging to the ‘Rainbow Family’ from entering the area.

Included in the infractions are ‘flagrant breaches of failing to comply with the coronavirus protocols, due to groups of people congregating together who do not live together, not wearing a mask, and not maintaining a safe distance.

This group of hippies is also in contravention of the Law for the Protection and Development of the Forest Heritage of La Rioja, which prohibits free camping in all the public utility mountains of the community and the carrying out of fires, as well as breaking the Forestry Law by driving off-road and parking their vehicles on green cover.

There are also alleged instances of breaching the Law for the Protection of Citizen Security due to allegations of false or inaccurate data in the identification processes.

It has reportedly been necessary to mobilise a police helicopter to control the commune, as well as the deployment of Citizen Security units, Nature Protection Service, the Cynological Service with specialised detection dogs of narcotic substances, and the Mountain Rescue and Intervention Team.

Social Services of the Riojan Government, has also been notified of the presence of minors in the illegal camping, citing not only a lack of schooling, but the terrible unhygienic, sanitary conditions.