American Artist Tom Miller: The Genius Who Made Nothing Out Of Something 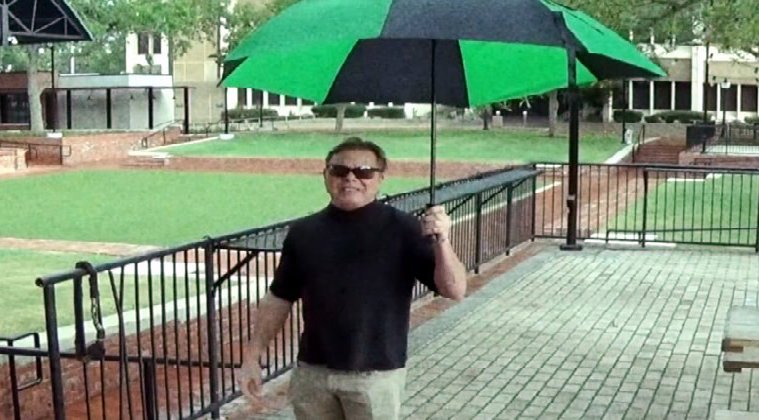 American Artist Tom Miller: The Genius Who Made Nothing Out Of Something. image: tom miller

A few weeks ago I wrote an article about an Italian artist – Salvatore Garau – who claimed to have been the first person in the world to have made an invisible sculpture, which he even sold for €15,000, so, it came as a surprise when I received an email from an acclaimed American Performance Artist called Tom Miller, from Gainesville, Florida, politely informing me that in fact, he was the first artist to ever design an invisible sculpture, back in 2016.

And yes, it turns out that Mr Miller did, in fact, make a ‘Sculpture of Nothing, Made from Nothing’, in 2016, which was unveiled to the public in the Bo Diddley Plaza, in Gainesville, Florida in May 2016, and even has a certificate to prove it, as you can see below, the official Official Proclamation from the City of Gainesville, to Tom Miller. 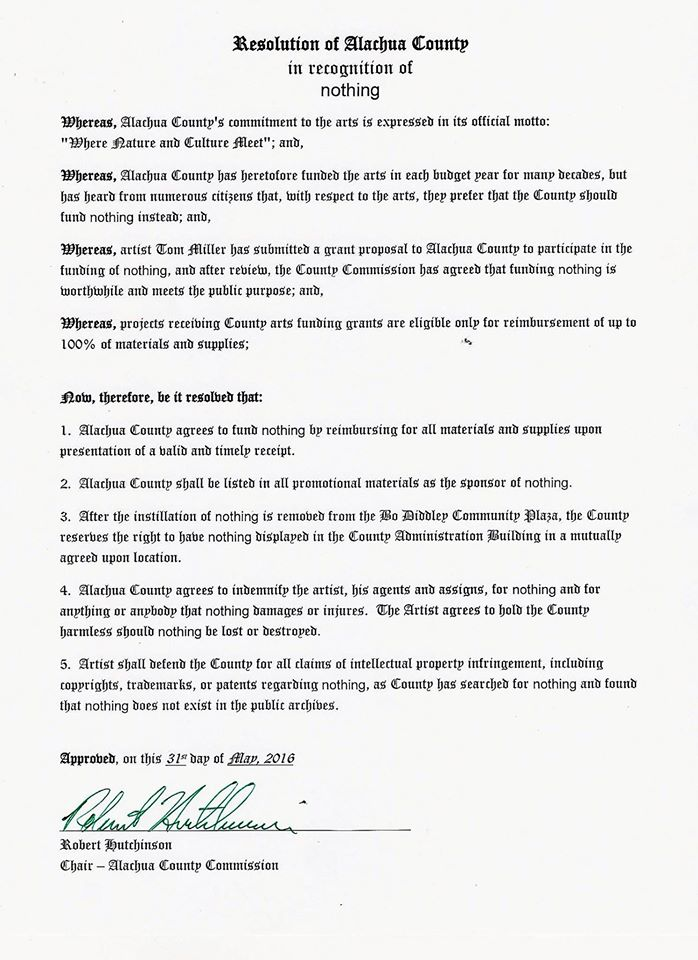 As Mr Miller kindly pointed out to me, his spark of creativity has been stolen and copied on several occasions – as with the Italian artist I wrote about – but I felt it only correct that Tom should be given the full credit that he deserves for being the artist who turned ‘Nothing’ into ‘something’, as it really is such an incredible work of genius to come up with an idea like that.

Tom was humble enough though to admit to me that he did gain the inspiration for ‘Nothing’ after watching the brilliant avant-garde composer, John Cage, who composed the unique piano concerto titled ‘Four Minutes and Thirty Four Seconds’, during which time ‘Nothing’ is played on the piano, but, it takes a creative genius to see ‘something’ and turn it into ‘Nothing’, which is exactly what Tom Miller famously did.

Tom Miller even has a Wikipedia page, which you can read by clicking on the link, take some time out, and read about him, he is one fascinating guy.

Do yourself a favour and check out the video below, it’s a ‘mockumentary’, part fictional, part reality, chronicling Performance Artist Tom Miller’s “Instillation” of a sculpture of Nothing in the Downtown Plaza of Gainesville, Florida, in 2016. I have watched it several times, it’s just amazing how brilliant ‘Nothing can really be! Enjoy.