Aquamijas Water Park Reopens for the Summer Season in Malaga 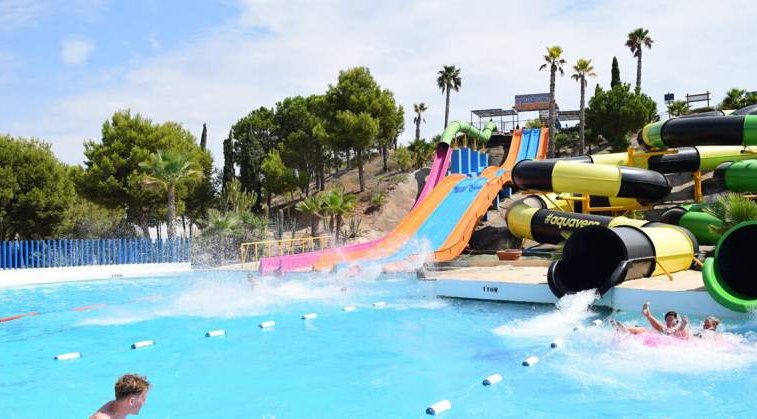 THE AQUAMIJAS water park inaugurates another summer on the Costa del Sol with its opening, which took place this Thursday, June 10, under strict security measures against Covid-19, adding to the tourist leisure offer offered by the province in a season in which the figures are expected to improve compared to last year between “20 and 30%, as highlighted by its director, María del Mar Asesio.
As reported by Malaga Hoy, the park welcomes the new tourist season “quite well”, where users can once again enjoy traditional attractions such as the ‘Kamikaze’, a “free fall” slide that is “the one that releases the most adrenaline”; in addition to “the labyrinths, the wave pool, the lake to be quiet, the soft track, Adventure River, Rio Bravo, the Diver-dragon or the Jacuzzi”. Added to this are non-aquatic alternatives such as “virtual reality machines, go-karts, the washing machine or recreational ones”, the directive pointed out.
Asesio claims that this summer season “is going to be much better” than the previous one, since “people want to go out”, tourism “is going to end up coming and vaccination is well advanced”, so “I think it’s going to be a good year”. In this sense, the water park’s forecasts are optimistic and it expects to increase revenue compared to 2020 “between 20 and 30%, but not yet at normal levels”, the director has stated, although it is “a bad year” compared to 2019 with a drop in turnover of “40%” recorded last year.
To combat this drop in turnover, the park will implement offers to make visits more attractive, such as “discounts between 30 and 50%” for Malaga residents on Fridays, Saturdays and Sundays by purchasing online; for those located in Mijas and Fuengirola on Saturdays; the family voucher for two adults and two children, “with a free minor” and also promotions for groups.