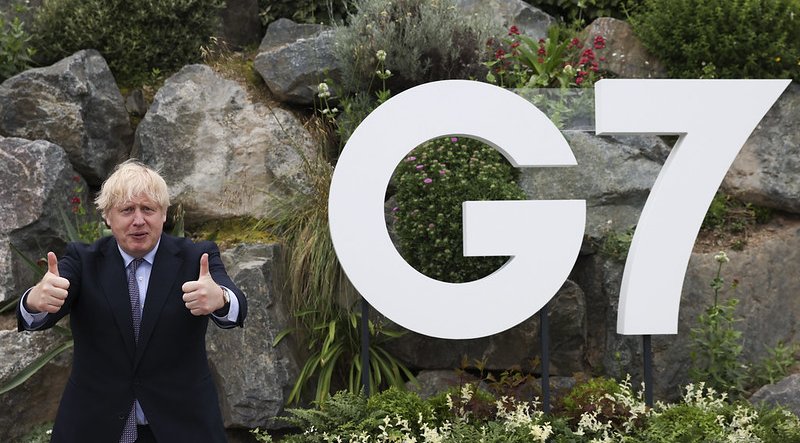 Boris Johnson getting ready for opening of the G7 meeting Credit: Simon Dawson / No 10 Downing Street

There have been rumblings of discontent from Europe concerning clever accounting by mainly US companies such as Amazon and Google.

France, Spain and the UK either set or intended to introduce special tax laws which saw a decision by the US to retaliate with the imposition of huge tariff increases on certain goods.

Now at a meeting in the UK, G7 Finance Ministers agree an in-principle deal to tax companies on profits relating to in country sales.

Members of the G7 whose leaders met in Cornwall on the weekend of June 12 are Canada, France, Germany, Italy, Japan, the UK and the USA.

Currently a company can earn huge amounts of money in one country but pay very little tax there because they could set up their headquarters in another country and channel profits into there and pay lower rates of tax.

Both Holland and Ireland have benefitted from this loophole and understandably the Irish Government are not in favour, although he the European Union is, according to a BBC report.

The basic concept is that any corporation that earns more than 10 per cent profit in any country must pay a flat tax of 20 per cent on profits above that and would not be able to transfer profits to a second country.

Assuming that this agreement is actually signed, together with another that puts a minimum global minimum of 15 per cent corporation tax then it would appear that the likes of Amazon and others will find themselves paying more tax unless they can find additional loopholes.

The general feeling at the G7 appears to be that these companies made bonus profits during the lockdown and now need to pay sensible tax rates to assist in the recovery.

UK Chancellor Rishi Sunak commented “These seismic tax reforms are something the UK has been pushing for and a huge prize for the British taxpayer – creating a fairer tax system fit for the 21st century.

“This is a truly historic agreement and I’m proud the G7 has shown collective leadership at this crucial time in our global economic recovery.”