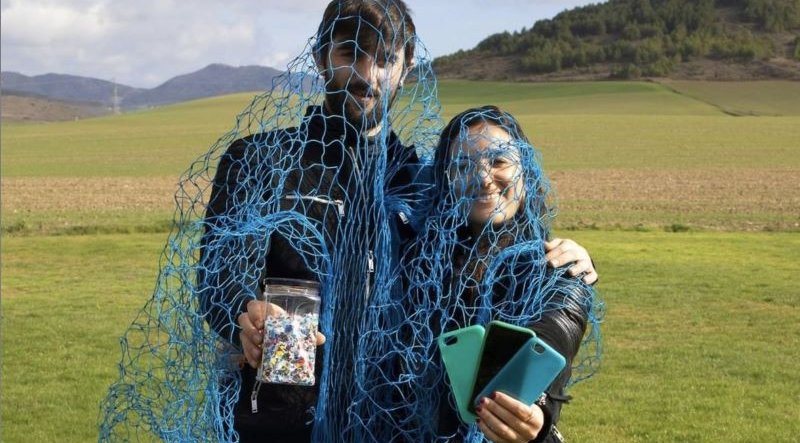 Gravity Wave a Spanish company harvesting the sea for plastic waste which will be reformed and used again hopes for support from the Spanish Government.

CREATED 18 months ago, Gravity Wave is a Spanish company dedicated to the collection of plastic from the seabed and transforming it into useful objects.

The brother and sister team have teamed up with Enaleia, a foundation that works with traditional fishermen from the Mediterranean Sea who rather than throwing back plastic caught in their nets, sends it to Gravity Wave for transformation.

They started small and used the reformed plastic to make cases for mobile phones, but are now branching out as their contact with more than 100 fishermen means that they have so far received some 70,000 kilos of plastic.

Now they are supplying plastic chairs to bars aas well as reconstituted plastic sheets to manufacturers, saving them from purchasing or creating more ‘virgin plastic’.

Many charities encourage people to adopt an animal or pay a monthly subscription to a particular project they are interested in, but now Gravity Wave offers gift certificates which show that the recipient has subsidised anything from one kilo to six kilos of plastic to be taken from the sea.

Clearly this growing company is hoping to benefit from the European Recovery Fund as the Spanish Government has indicated that it will be dedicating a significant amount of money to green programmes and environmentally friendly projects.

Plastic Soup is a recognised danger to the sea, its creatures and the future fish stocks upon which we rely, therefore there is little doubt that any business that endeavours to remove plastic from the seas has to be beneficial to the environment.

The very concept of using fishermen who are trawling the Mediterranean on a daily basis is impressive and a very clever harnessing of an existing facility which will help rather than hinder the clean-up.

Thank you for reading this article Gravity Wave a Spanish company harvesting the sea for plastic waste.