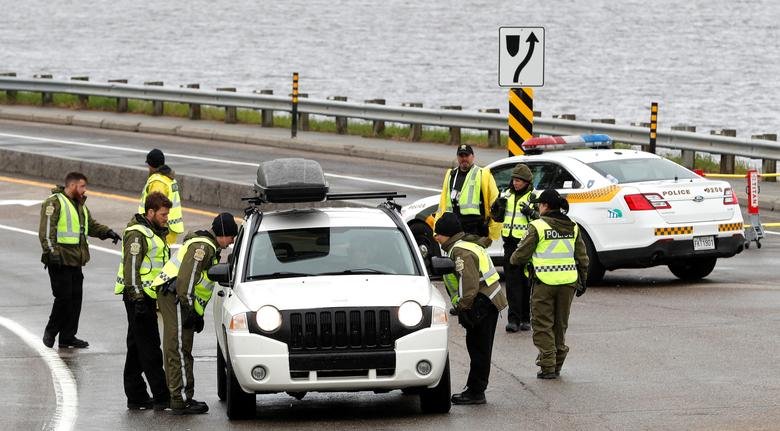 POLICE at the UK G7 arrested at least seven people last night (Thursday, June 10) after vehicles they were travelling in were found to contain various items including paint, smoke grenades and ‘loud hailers’ supposedly intended to be used to disrupt the summit.

Enquiries are still ongoing but officers have confirmed the two vehicles were stopped near Loggans Road in Hayle at around 5.00pm and various items were seized.

Police arrested a man for a bomb hoax near to the media centre set up to cover the G7 summit in southwest England after officers were forced to evacuate a hotel in response to reports of a suspicious package early on Thursday morning.

According to reports, officers were called out to the hotel in Falmouth, where most media covering the meeting of the global leaders are based, at about 3.15am local time after the package was found.

A Royal Navy bomb disposal unit was called in and declared it unviable, but only after about 100 people from a hotel and surrounding properties were evacuated.

Police said a 20-year-old man from Falmouth had been arrested on suspicion of a bomb hoax and was now in custody.

Joe Biden arrived in Britain on Wednesday evening– his first time as US President in the UK – and is staying at the seaside resort of Carbis Bay, which is located about 25 miles away from Falmouth.

A large security operation is in place for the G7 summit, the first in-person meeting of the leaders of major developed economies for nearly two years, with 5,000 police officers drafted in from across Britain.

Police have closed off roads and coastal paths to Carbis Bay, the small seaside resort which is hosting the event and erected a steel fence around the venue, with armed officers on patrol.

Activists have vowed to stage disruptive and annoying protests during the event to highlight their causes, according to Reuters.