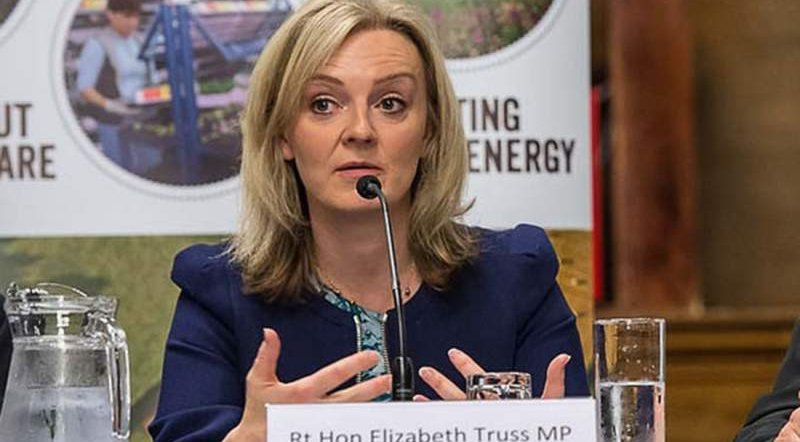 The Secretary of State for International Trade, Liz Truss, has said that none of the trade deals she negotiates will permit imports of hormone-treated beef to enter the UK.

The final details of a trade agreement between the UK and Australia are currently in the process of being thrashed out with both sides hoping to be able to make a formal announcement before the end of the month.

Liz Truss told ITV News today, Friday, June 11, that although the ambition is to encourage trade between the two countries by removing tariffs and quotas on a wide range of goods, the deal won’t include unfettered access for Australian meat.

Imports of hormone-fed beef are “not happening,” Ms Truss said.  Australia is known to have demanded, as far back as 2018, that Britain accepts hormone-treated beef imports as the price of a symbolic early post-Brexit trade agreement.

The practice is widespread in Australia but the EU claims at least one of the hormones used by cattle farmers is carcinogenic (cancer-causing) – something that is fiercely disputed by Canberra.

The government has guaranteed that “any changes to existing food safety legislation would require new legislation to be brought before parliament”.

However, Miss Truss did say that wine from Australia would be cheaper to buy in the UK if a trade deal is reached. Australian trade minister Dan Tehan left London following two days of talks with Miss Truss. Both sides believe an in-principle trade deal can be reached by June.

However, there are worries about the potential effects on British farmers, with some concerned they will not be able to sell their meat as cheaply as produce that is imported from Australia.

The UK is also coming under pressure from the US to allow the import of hormone-treated beef and chlorinated chicken as the price for a trade deal. In an interview with the BBC’s Andrew Marr, Miss Truss reiterated that the UK would not lower its food standards in order to reach a deal with Australia.

‘I can absolutely promise that we’re not going to lower our excellent food standards in order to do this trade deal,’ she said.

‘But what we will do through this trade deal is make sure we get fantastic British products into Australia at a much cheaper price – so whether it’s whisky or cars – which will help drive jobs and growth across Britain. And it also gives us access to a fantastic fast-growing part of the world, the Asia-Pacific,’ she added.