Brexit Freedom Overhaul Could See The Return Of Pounds, Inches And Pints In The UK 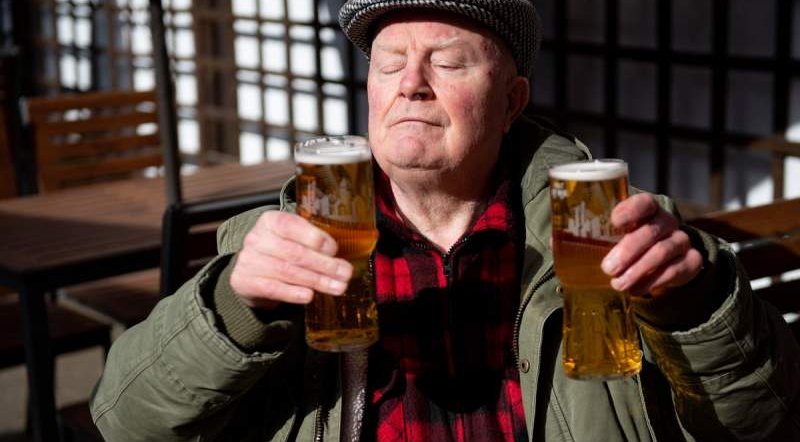 Brexit Freedom Overhaul Could See The Return Of Pounds, Inches And Pints In The UK. image: Shutterstock

Brexit Freedom Overhaul Could See The Return Of Pounds, Inches And Pints In The UK.

Imperial measures like pounds, inches and pints are poised for a comeback as the Government has confirmed it will consider using post-Brexit freedoms to allow greater use of the traditional measurements.

Currently, the only products that can be sold in imperial units are draught beer or cider by the pint and milk sold in “returnable containers” by the pint- precious metals like gold are being still sold by the troy ounce.

However, when pushed by Shipley MP Philip Davies to allow goods to be sold in imperial measurements only, business minister Paul Scully said: “Now we have left the EU we will consider whether further limited exemptions can be applied for other traditional uses.”

Spokesman for the British Weights & Measures Association, Warwick Cairns, said people should be free to use whatever system of measurement they wanted.

He said: “If you go to the supermarket and you want a pound of bananas or a pound of apples or whatever you should be free to ask for it and to receive it.” He added that modern scales which can switch between imperial and metric measurements are now “completely commonplace”. Cairns also said that He looks forward to a renaissance of champagne being sold in pint bottles once again.

For campaigners such as Mr Cairns, imperial measures are a direct link with England’s ancient history. He said: “It’s, I think, a living connection with our past… A lot of these measures come from the Romans who in turn took them from other cultures before them.”

Business minister Mr Scully said: “The Government recognises that some people have a preference to use imperial units in their day to day lives.

“At the same time, it recognises that many others are not familiar with imperial units and that the use of metric is a necessity for British businesses to compete in markets around the world.”

UKMA believes that this confused muddle of two incompatible systems is an unacceptable situation that cannot be allowed to continue indefinitely. Unfortunately, the UK government (like its predecessors) appears unwilling to admit or address the problem and has no current plans to do anything to resolve the situation.

Brexit Freedom Overhaul– The UKMA believes that the only solution is to standardise on a single system – as soon as practicable.

The current British mess – of being half metric, half imperial – causes a number of serious problems- below, courtesy of the UKMA is a list of some complaints the organisation has received over the years.

The UK Metric Association continues to push for the full adoption of the system, calling on its website for Britain to “complete the conversion to metric as soon as possible”.

It argues that Britain lives with a “hodgepodge of metric and imperial” with people using a “confused mixture of units that is not only wasteful but often not in their interest”.