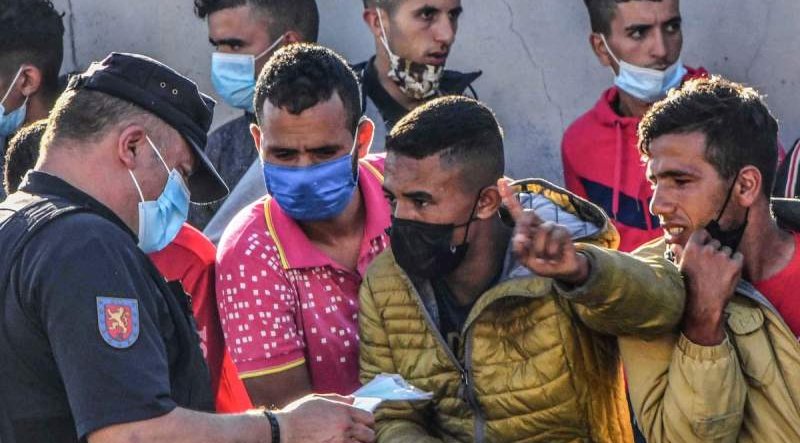 Spain is about to receive just over 10 million euros from the European Commission in emergency aid to finance part of the expenses incurred from the crisis in Ceuta- around 10,000 migrants arrived between May 17 and 20.

Almost the entire amount, more than nine million euros, will be given directly to the autonomous city, which deals with the assistance of more than 1,000 minors and more than 2,000 adults who live on the streets, according to a report from the local authority.

The rest of the money, according to sources, will be distributed between the Secretary of State for Migration in Ceuta (about 800,000 euros) and Defense (200,000 euros).

The order to allow the migrants to cross into Ceuta, launched by Morocco to pressure Spain to change its position on the enclave, led to a humanitarian crisis. Ceuta was completely overwhelmed, without resources and without adequate infrastructure. The care of minors, who are still housed in warehouses and in emergency annexes, has involved a financial and logistical effort that has far exceeded the capacities of the city.

Three weeks after the mass arrival of the immigrants, the adults, whom Morocco is no longer allowing them to return, is a problem that requires the infrastructure and funds to prevent them from continuing to live on the streets of the city.

The migrant’s departure from Ceuta has already been negotiated by the Secretary of State for Migration, although different Spanish authorities have been involved in the initiative and in informal consultations with the European Commission to ensure that the plan will have the green light from Brussels.

The request for funds, which was formalised this Tuesday by the Government of Ceuta, contained a budget in which expenses were calculated that the enclave had incurred since May 17 and what it will have until the first few weeks of August.

These expenses, according to local government sources, include the rental of warehouses, the fitting out of other spaces, the upkeep of the children, educational support, and the cleaning and security of the centres.

The city also mentions in this document the investment it intends to make to rent more warehouses and prepare them to assist Moroccan adults who live poorly on the streets and provide areas for their quarantine.

The money will come from the Asylum, Migration and Integration Fund (AMIF), a financing instrument that allows EU Member States to cover part of their migration policies and certain emergency situations.