Happy Birthday To Queen Elizabeth II – Long May She Reign 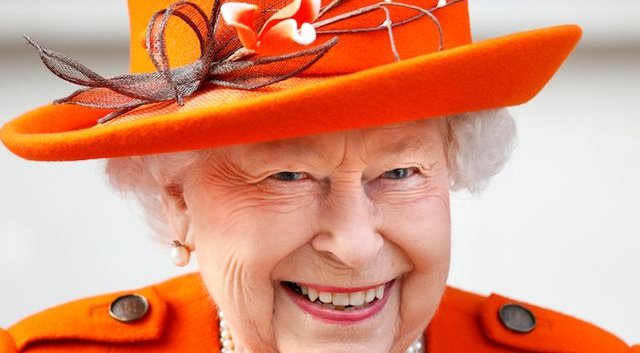 Today, June 12, is her majesty the queens ‘official birthday’ but unfortunately, due to the ongoing coronavirus pandemic, celebratory plans have had to be severely scaled back, including the second consecutive cancelling of Trooping the Colour.

The Queen spends her real birthday, which is on April 21, in private with her family, whereas her official summer birthday is celebrated publicly.

Princess Elizabeth Alexandra Mary Windsor was born at 2.40 am at her parent’s home in 17 Bruton Street, Mayfair, London, in 1926 and was the first child of The Duke and Duchess of York, who later became King George VI and Queen Elizabeth. As a young child, Elizabeth’s early years were spent between Piccadilly in London and at White Lodge in Richmond Park.

Her Majesty’s love of Corgis

It was when Her Majesty was seven years old that her father, King George VI, brought home Dookie, a Pembrokeshire Welsh corgi. She immediately fell in love with the breed and is believed to have owned at least 30 corgis since then.

Elizabeth made her first public engagement on her 16th birthday, on April, 21, 1942 when she inspected the soldiers of the Grenadier Guards.

The Queen, aged 21 at the time, married Philip Mountbatten in Westminster Abbey and the couple became inseparable for 73 years until Philip’s death on April 9, 2021.

Elizabeth gave birth to her first child, Prince Charles, at Buckingham Palace on November 14, 1948. Prince Charles is first in line to the throne.

Princess Anne was born at 11:50 a.m. on August 15, 1950, at Clarence House, a royal residence in London. Buckingham Palace was undergoing renovations following damage it suffered during World War II, so Princess Elizabeth and Prince Philip moved to Clarence House in 1949 and lived there until 1953

Following the death of her father the previous year, Elizabeth’s coronation took place in Westminster Abbey on June 23, 1953, where she was crowned Queen Elizabeth II, at age 27.

Prince Andrew, The Queen’s third child, was born at Buckingham Palace on February 19, 1960

At the age of 37, Queen Elizabeth gave birth to her fourth and final child, Prince Edward, on March 10, 1964, at Buckingham Palace.

A statement from Buckingham Palace read: ‘It is with deep sorrow that Her Majesty The Queen has announced the death of her beloved husband, His Royal Highness Prince Philip, Duke of Edinburgh. His Royal Highness passed away peacefully this morning at Windsor Castle.’ Philip’s death certificate declared the cause of his passing as old age.

30 guests including the Queen attended Prince Philip’s funeral in St George’s Chapel, on April 17 this year, in line with coronavirus guidelines.

The Queen sat alone as Covid-19 restrictions dictated that attendees had to socially distance themselves from those outside their household. The nation held a minute’s silence at 3 pm to remember the late Duke of Edinburgh.

The Royal Family were reunited with Prince Harry for the first time since his ‘bombshell’ and damaging (for the Royal Family) interview with Oprah. At the funeral, Harry and William were originally expected to walk shoulder-to-shoulder but instead were separated by their cousin Peter Phillips.

The birth of baby Lilibet

Prince Harry and Meghan Markle named their baby daughter after Queen Elizabeth. Lilibet Diana Mountbatten-Windsor, born June 6, will be known as Lili for short, after the royals’ family nickname for the Queen. Lili’s middle name, Diana, was chosen to honour her late grandmother.

To mark the Queen’s public birthday, officials were said to be considering an alternative scaled-down parade at Windsor Castle, similar to last year. In 2020, the monarch was greeted by a royal salute when she arrived, before she watched a number of military drills while a Band of the Household Division played.

The Queen at the G7 Summit

The Queen caused G7 world leaders to break out into laughter on Friday, June 11, as she cracked a joke when they posed for a photo at an evening reception hosted by the monarch on Friday. ‘Are you supposed to be looking as if you’re enjoying yourself?’ she asked as they posed for photographers, to which Boris Johnson could be heard replying: ‘Yes, definitely. We have been enjoying ourselves in spite of appearances’