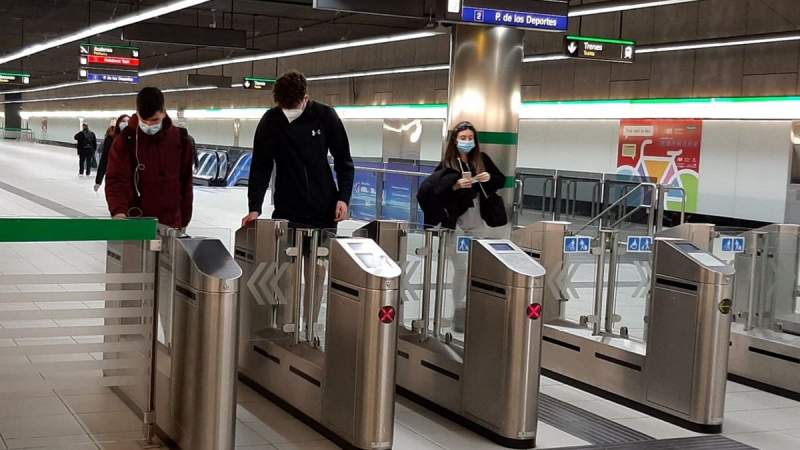 The main two companies responsible for public transport in the province of Malaga, the Empresa Malagueña de Transportes (EMT) and the Metro, are reporting an improvement in their passenger traffic day by day.

After several months, that coincided with the start of the Covid health crisis, in which demand fell to historic levels, the rebound in passengers getting on city buses or trains is gaining considerable momentum.

May’s figures continue to show an upswing from April, adding the two systems together, it has multiplied the number of accumulated users by almost five.

In May, the sum of the two systems accounted for 2,883,459 travellers, 191.8% more than the 988,000 registered a year ago (this is almost triple). And if the focus is extended to the first five months of the year, the figure slightly exceeds 12 million.

If you separate the Metro traffic and the Bus passenger numbers, the largest volume of users continues to correspond to the bus company.
The data provided by the municipal society brings the total number of travellers to 2,504,434 in May, which represents an increase of 177.08% compared to the same month a year ago. “We are growing; we are already approximately 70% of before the pandemic,” says the manager of the EMT, Miguel Ruiz, who hopes that during the summer it (the business) will slowly get back to normality.

The battle of a fourth wave against the coronavirus continues but is starting to plateau out.

Since before June, daily cases have exceeded two hundred cases, so residents are urged to remain vigilant, although it is true that with the advancement of the vaccination campaign there are many reasons for hope.

Today, Saturday, June 12, the province of Malaga added 253 new cases of Covid, five times less than those that occurred daily back in February, the worst stage of the pandemic just after the excesses of Christmas.

The President of Andalucia, Juanma Moreno, said earlier this week that the community will have to wait a further two weeks before any decisions to be made on a total release of restrictions in the region.