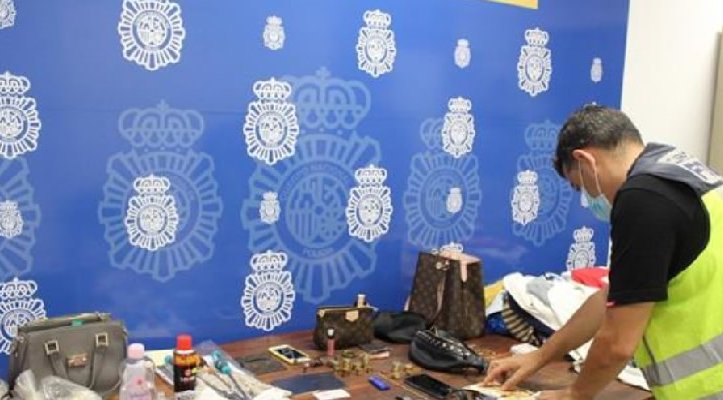 National Police officers in Malaga have reportedly arrested two women, aged 20, and 26, of Croatian nationality, who they say are alleged members of one of Europe’s most active criminal gangs, specialising in breaking into, and stealing from, empty properties.
Officers had launched an investigation in the Malaga and Torremolinos areas after a sharp increase had been noticed in thefts from empty properties in those two particular zones, which is what led them to catch the two young women as they were making their getaway after raiding a house in the La Barriguilla district of Malaga capital, on June 5.
Their specialty for breaking and entering homes was the well-known ‘slip method’ where, after checking that nobody is home, a hard piece of plastic is pushed into the door jamb of a home’s front door to spring the latch, not leaving any sign of an actual forced entry.
On the occasions when their preferred method did not work, they had been found to use screwdrivers to other tools to force the door’s lock, and officers said that the couple had not only restricted their work to the Costa del Sol but were known to have travelled the country, spending four or five days in a different location at a time, whilst also regularly changing their appearances to avoid identification.
At least seven robberies have been attributed to the women, along with another in Madrid, with officers explaining how the main criminal gang recruits young Croat women, aged between 18 and 30, in their home country, and then gives them training in counter-surveillance and house break-in techniques, before sending them into Europe along with one male member of the cell, who is in charge of the women.

All of the money stolen during house raids is sent by money transfer back to Croatia, whilst items like jewelry or electronic devices are send back via transport companies, or by individuals returning to Croatia to visit family.

The loot obtained from thefts is sent to Croatia through money transfer companies, or in the case of objects, such as jewellery and technology devices, through transport companies or even by the cell individuals returning to their home country for visits, as reported by surinenglish.com.