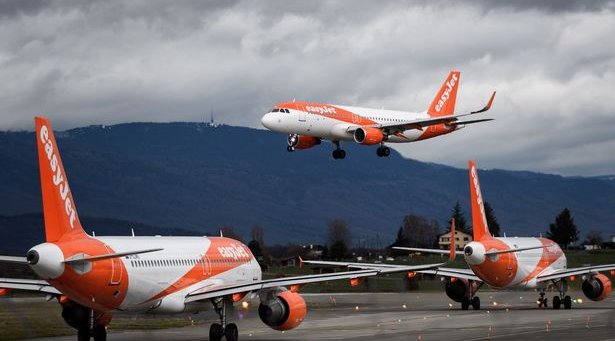 Airlines Start To Axe Flights And Reduce Schedules Due To UK Lockdown Extension.

Airlines are hurriedly cancelling flights after hearing the government is set to delay Freedom Day back by a month, according to The Mirror.

EasyJet, British Airways, Virgin Atlantic have started to shrink their schedules between now and July 19, which is the date Boris Johnson is expected to ease the rest of lockdown restrictions. Demand by Brits for foreign holidays immediately plummeted as a result of the announcement.

Virgin Atlantic has pushed back transatlantic flights until mid-July, and has even cancelled many journeys from Heathrow to Cuba and Trinidad and Tobago until October.

Paul Charles, CEO of travel consultancy The PC Agency, said: “Airlines are reducing their flying schedules fast as government policies on overseas travel are putting off consumers from flying. There simply isn’t enough demand to fly when so many countries are on amber and swab testing is so expensive.

“We’re now seeing airlines cutting their flying and staffing costs rapidly, as they ground more aircraft and return thousands of cabin crew and other staff to furlough.”

The industry expert warned that quarantine-free travel to the UK from mainland Europe or the US will not be permitted before late July. The reopening of travel, particularly in terms of tourism, had been “sacrificed by ministers watching their backs”, added Charles, who was among figures that expressed anger when Portugal was moved to the amber list last week, as it meant no major tourist destination was left in the green tier.

Portugal and other countries such as Malta, Morocco and Grenada should be on the green list but decisions being made on restrictions were “highly political, not based on data at all”, Charles claimed.

Those arriving in the UK from a green country are not required to self-isolate, whereas amber arrivals must quarantine at home for 10 days. There were hopes originally that destinations such as Spain, France, Italy and the US would be added to the green list ahead of the peak summer 2021 holiday season.