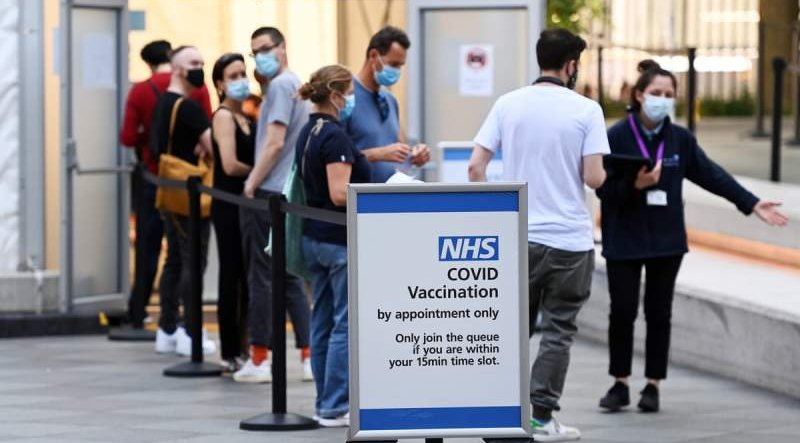 Scientists have warned that Britain could face 100,000 Covid cases every day by July due to the rapid spread of the Indian variant.

The number of new Delta variant infections is doubling every nine days, pushing Boris Johnson to prepare to delay the June 21 ‘freedom day’. The PM is set to announce he is postponing the full lockdown lift to July 19 due to “worrying stuff in the data”.

Another 7,738 Brits tested positive for coronavirus in the latest 24-hour period, a figure up significantly from the 3,398 infections reported a fortnight ago on May 29.

Around 90 per cent of new cases are now the Delta variant – which originated in India – and cases are doubling every nine days. However, experts have warned that the actual daily infection figure is likely more than double the 8,000 recorded in tests.

Independent SAGE’s Anthony Costello, of University College, told The Mirror: “In a month you’ll be up to 100,000 new cases a day. “If the Government takes a gamble and lets rip like Tory backbenchers want, the NHS will be overloaded. Let’s wait. Let’s stay as we are.”

Prof Ravi Gupta, from the University of Cambridge, said although new cases were “relatively low” the Indian variant had fuelled “exponential growth”.

Prof Gupta told BBC Radio 4’s Today programme the UK was already in the third wave of infections with at least three-quarters of cases being identified as the variant discovered in India.

He said: “Of course the numbers of cases are relatively low at the moment – all waves start with low numbers of cases that grumble in the background and then become explosive, so the key here is that what we are seeing here is the signs of an early wave.”

However, he said the number of people who had been vaccinated in the UK meant this wave would probably take longer to emerge than previous ones. “There may be a false sense of security for some time, and that’s our concern.”