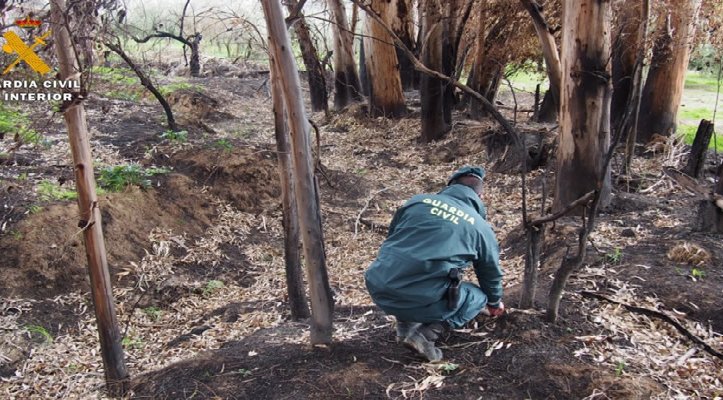 With the imminent arrival of Summer – and the searing heat that Córdoba experiences as a result – the Córdoba Guardia Civil has, as they do every Summer, launched its special service operation which is aimed at the prevention of forest fires, as a complement to the Plan Infoca.

Units of the Nature Protection Service (Seprona), participate fundamentally in the established plan, whose members have been specifically trained in forest fire investigation techniques, being supported by the Citizen Security patrols that are deployed by the province of Córdoba.

Preventive measures are put in place by Seprona officers, including the use of increased numbers of patrols, especially in the municipalities that have a greater mass of forestry, and those with a history of the greater number of forest fire outbreaks.

To combat the activities that often lead to outbreaks of forest fires, Seprona is intensifying the control of camping, the dumping of waste, the use of fires by farmers in agriculture, and also by beekeepers, and the circulation of vehicles through the natural environment.

During the last twelve months, thanks to Seprona’s controls, there have been thirteen arrests and indictments of persons presumed responsible for starting forest fires, along with 72 administrative complaints linked to prohibited activities, and 322 inspections and vehicle identifications were carried out, while 316 services were carried out in connection with specific tasks of prevention and investigation of forest fires, according to lavozdecodoba.es.

Already since June 1, Seprona have made nine arrests, and 65 administrative complaints were made regarding the prevention of forest fires, and the Guardia Civil wants to remind the public of the express and general prohibition of the use of fire, in any of its variants, in forest lands and forest influence from June 1 until October 15, and also the prohibition of vehicles through the natural environment,with the exception of course of emergency or fire fighting services and authorized ecotourism activities.