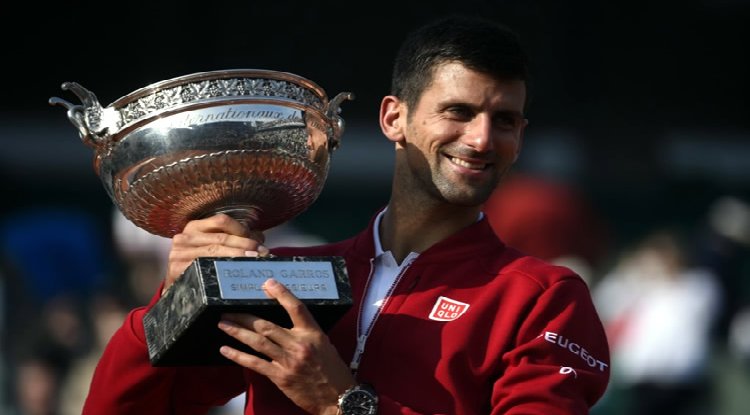 Novak Djokovic made an incredible comeback from being two sets down against Stefanos Tsitsipas at Roland Garros today, Sunday 13, in the final of the French Open, to win the next three sets, and the singles title, but more importantly, the 19th Grand Slam singles title of his career, placing him just one title behind Rafa Nadal and Roger Federer.

The Serb eventually ran out the winner of a thrilling battle in Paris, after a stunning 6-7; 2-6; 6-3; 6-2; 6-4 win against the 22-year-old Greek tennis star – who was playing in his first-ever final of a major tournament – in a stunning display of tennis, and perseverance – a sign to any budding young players, to never give up.

A tie break clinched the first set for the Greek player, but then a 6-2 score in the second set seemed to imply that the third set would just be a formality, but, Djokovic had other ideas, as he powered back to win the third set 6-3, and it somehow must have unsettled the young Tsitsipas, because the fourth set went to the world No1 by a score of 6-3, setting up a perfect scenario for the fans watching this amazing match on the clay court of Philippe Chartier.

Tsitsipas clearly tried to raise his game in the fifth set, but by that time, the Serb could obviously smell his 19th Grand Slam title within his grasp, as he imposed his dominance, and experience, to take the final set, and the match, to be crowned French Open champion, and as Djokovic beats Tsitsipas, he becomes the first player in tennis history to lift each of the Grand Slam titles twice.