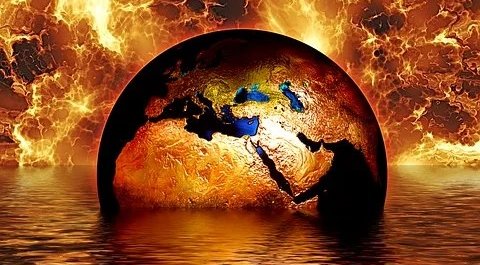 Sir David Attenborough has highlighted that the G7 summit climate decisions are the ‘most important in human history’.

The G7 summit is set to end today Sunday, June 13, and leaders have been discussing climate change during the final day of the summit which is being held in Cornwall in England. Many of them have the warnings of Sir David Attenborough ringing in their ears.

Attenborough believes that the decisions set to be made at this summit are “the most important in human history”. He also believes that action is needed urgently in a bid to avoid environmental catastrophe which is caused by humans.

It has been pledged by G7 countries that net zero carbon emissions will be reached by 2050. However, many fear that this could come far too late. It is expected that the G7 summit will also see plans announced to help poorer countries in their bid to reduce carbon emissions. This could involve green financing plans to help this happen.

Attenborough will be addressing G7 leaders by video conference today. He previously commented that: “the question science forces us to address specifically in 2021 is whether as a result of these intertwined facts we are on the verge of destabilizing the entire planet?”

“If that is so, then the decisions we make this decade — in particular the decisions made by the most economically advanced nations — are the most important in human history.”

The summit has already seen hundreds of protesters turn up and this has included surfers and kayakers taking to the sea in a paddle protest. They aim to encourage everyone to protect the oceans and have called for more action on this matter.

Protesters have also been seen in Falmouth singing: “G-7 is all greenwashing,”

“We’re drowning in promises, now’s the time to act.”

Johnson had hoped to promote the UK post Brexit as a “global Britain” but European leaders have been quick to show their feelings regarding the Northern Ireland protocol.

The multi-day G7 summit is being held on the Cornish coast in Carbis Bay, and is due to end today Sunday, June 13. Johnson had hoped to show off the UK post Brexit, but things do not seem to be going smoothly.

The UK had hoped to lead initiatives including the bid to vaccinate the world against the ongoing coronavirus pandemic and also the climate change crisis which is affecting the world.

Brexit though seems to be overshadowing Johnson’s intended plans for the summit. It is affecting Johnson’s relationships with fellow G7 leaders and some appear to be unhappy over how it could affect the Good Friday agreement.