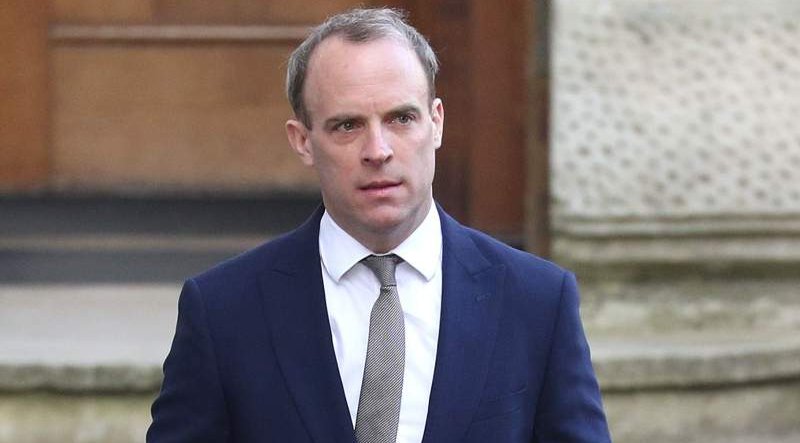 Foreign Secretary Dominic Raab has called EU comments about Northern Ireland “offensive”. The Foreign Secretary was speaking after French President Emmanuel Macron allegedly questioned the territorial integrity of the United Kingdom, and apparently it is not the first time it has happened.

Raab told Sky News on June 13, “We have serially seen senior EU figures talk about Northern Ireland as if it was some kind of different country to the UK. That is not only offensive, it has real world effects in the communities in Northern Ireland, creates great concern, creates great consternation. But also, could you imagine if we talked about Catalonia, the Flemish part of Belgium, one of the lander in Germany, northern Italy, Corsica in France as different countries? We need a bit of respect here, and also, frankly, an appreciation of the situation for all communities in Northern Ireland.”

Following the meeting Johnson said, “Do seem to misunderstand that the UK is a single country, a single territory. I just need to get that into their heads”.

On June 13, a spokesman for the UK government indicated that the EU has routinely failed to grasp that Northern Ireland is part of the United Kingdom, “The point that the foreign secretary was making is that he has had views, as have been reported this morning, put to him previously from those within the EU, and that is why it is important that we keep emphasising the territorial integrity of the entire United Kingdom.”

Edwin Poots, the new Democratic Unionist Party leader, also said the insinuation that Northern Ireland is not part of the UK is offensive.

The UK has threatened to trigger Article 16 if the EU continues to impose what the UK sees as excessively bureaucratic checks on the export of frozen foods, including sausages and chicken nuggets, to Northern Ireland.

“I think it will be very problematic because it’s not about sausages per se, it really is about the fact that an agreement had been entered into, not too long ago, signed off by the British government with the European Union,” he said.

“If there’s consistent, unilateral deviation from that agreement, that clearly undermines the broader relationship between the European Union and the United Kingdom, which is in nobody’s interest and therefore that’s why the UK with the EU have to work very hard now in the coming weeks,” he added.