The 'Home of Giants' Headquarters Opens Its Doors In Malaga 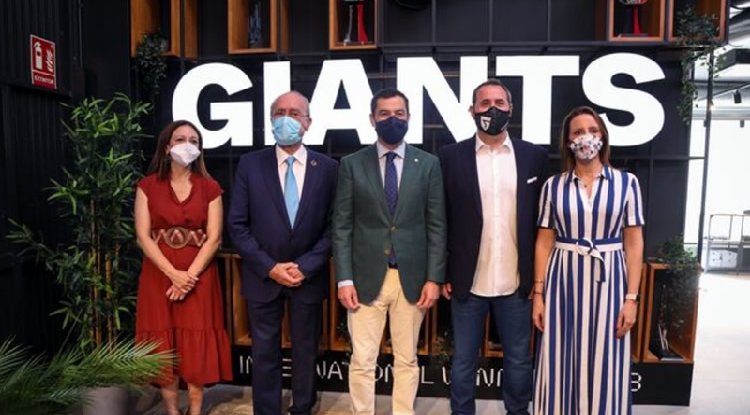 The 'Home of Giants' Headquarters Opens Its Doors In Malaga. image: ayto malaga

THE ‘Home of Giants’ Headquarters Opens Its Doors In Malaga

A pioneering and innovative esports center – ‘Home of Giants’- has based its headquarters at No77, Calle Paris, in Malaga, an initiative that aspires to be a unique attraction in Spain and southern Europe, with a facility that includes different rooms for the integral development of esports: competition area and stands, training rooms, recording studio, shop, trophy room, work offices, cafeteria, and restaurant.

Inside the facility, the Giants Arena – which could be described as the heart of the installation – stands out, a space dedicated to the Vodafone Giants competition, which incorporates a stage with five gaming positions fully equipped with the latest technology, a giant screen for the broadcast of the games, and a stand for the fans.

In addition, there are two battle rooms equipped with state-of-the-art technology for analysis of the games, and the training of professional players, which can also be used as a space for the generation of content.

This new store will be open to the public from Monday, June 14, for the purchase and collection of products that have been bought through the Giants online store.

José Ramón Díaz, the CEO and co-owner of Giants attended the official inauguration of the headquarters last Friday 11, accompanied by Virginia Calvo, the other co-owner and Head of Institutional Relations, along with Juanma Moreno, the president of the Junta de Andalucía, and the mayor of Malaga, Francisco de la Torre, with Mr Díaz saying, “We are very excited about the opening of our new headquarters, that, in addition to having the club offices, will serve as a meeting point with our fans, who make up the centre of our strategy”.

“This centre today becomes the group’s headquarters and is the first of the facilities that the company will have at a national and international level. We are proud to turn a dream from many years ago into reality and thus continue our path of business growth”, added Virginia Calvo.

Francisco de la Torre believes that this high-performance centre continues in the line of innovation, “It is a pleasure to welcome the club’s presence here. Many people can support themselves in these practices with video games to have an open mind”, said the mayor.

Juanma Moreno, concluded the speeches, explaining that Malaga is a thriving city that is becoming strong in the technological panorama, “I am proud that Malaga is news in the field of innovation, entrepreneurship, and options for the future. We are talking about a present with an enormous vocation for the future. This electronic sports pavilion represents avant-garde leadership and new business opportunities. Here you work and generate jobs, wealth, and prosperity”.

“It is a high-performance, research, and audiovisual production centre. This grows more and more exponentially every year and determines new business models with its formulas and the use of talent. Here, respect, fair play, and the objective of overcoming, is promoted by erasing any gender barrier”, the president concluded, as reported by malagahoy.es.