Your Vehicle’s Speedometer Does Not Show Your Real Speed 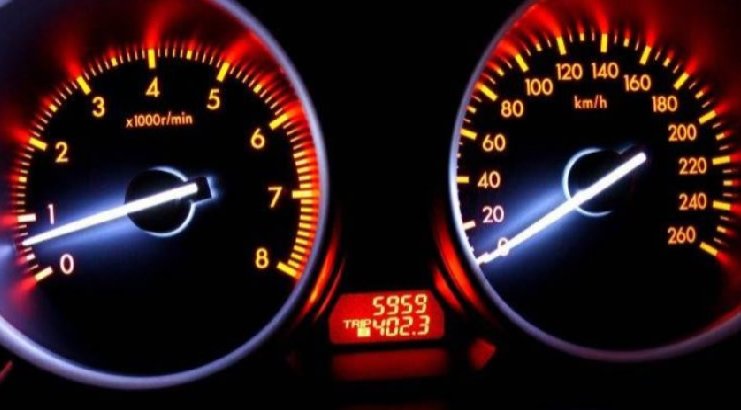 Your Vehicle's Speedometer Does Not Show Your Real Speed. image: wallup

Your Vehicle’s Speedometer Does Not Show Your Actual Real Speed

Every year, thousands of drivers are reported for speeding in Spain, and data from 2020 shows that the Directorate General of Traffic (DGT) imposed more than €2.4 million fines for this infraction, which represents 62.7 per cent of the total penalties handed out for traffic offences.

As we all know, the speedometer is the device that indicates the speed of a vehicle, and without going into technical disquisitions, this is how the dictionary of the Royal Spanish Academy (RAE) defines it, and it is the correct description, but, when we talk about the speedometer as installed in a vehicle, then it is a well-known fact that the device is not displaying the actual speed that the vehicle is travelling it.

In fact, the speedometer always shows a higher speed than the actual speed, on all vehicles, without exception, whether it is analog or digital, for legal reasons.

In the European Union, the regulations establish that the indicated speed should never be lower than the real speed with a maximum margin of error on the real speed of 10 per cent, or + 4 kmh, whereas in other countries, such as the United States and Japan, with a long automotive tradition, the rule is stricter, and a maximum deviation of only 4 percent is allowed.

Put into practice, this means that in a European vehicle travelling at a speed of 60 kmh, the maximum error limit indicated by the device is 10 kmh, and if your vehicle shows a speed of 70 kmh, it means that you are travelling between 60 and 70 kmh, but never below 60 kmh.

At a speed of 100 kmh, the maximum error limit is 14 kmh, so even if the speedometer indicates that the car is traveling at 114 kmh, it will be doing so between a hairpin that goes from a minimum of 100 kmh to a maximum of 114 kmh.

Apart from the fact that the legislation establishes that this is the case, we can verify it ourselves first-hand, by using a GPS device to monitor the speed, as it is a much more precise device, receiving its signal from a satellite which locates the position of your vehicle, and then calculates its distance and divides this data by the time taken to travel this distance, to produce the velocity shown in the GPS display, and you will see that the speed registered by the GPS will be lower than that shown by your vehicles speedometer.

There are other factors that can the speedometer reading, such as tyre pressures, because a speedometer calculates the vehicle’s velocity by measuring the rotation of the wheel and the driveshaft, through a sensor located in the gearbox, therefore, tyres with different wear can produce different calculations of up to 2kph apparently.

You could also conduct a speed test using one of the various mobile apps, like GPS Speedometer, SpeedView, and GPS Speedometer, but be aware, the radars used by the DGT present a margin of error known as the ‘rule of 7’, which you can see a diagram of below, split into two categories, when travelling below or above 100kph, as reported by lavanguardia.com. 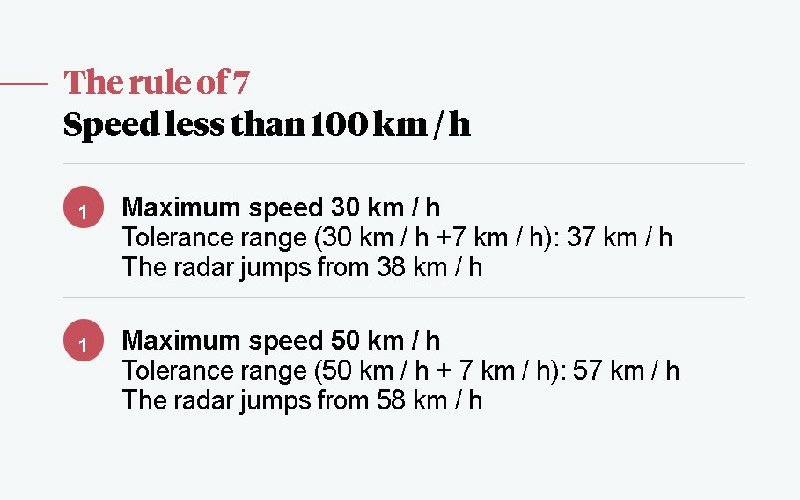 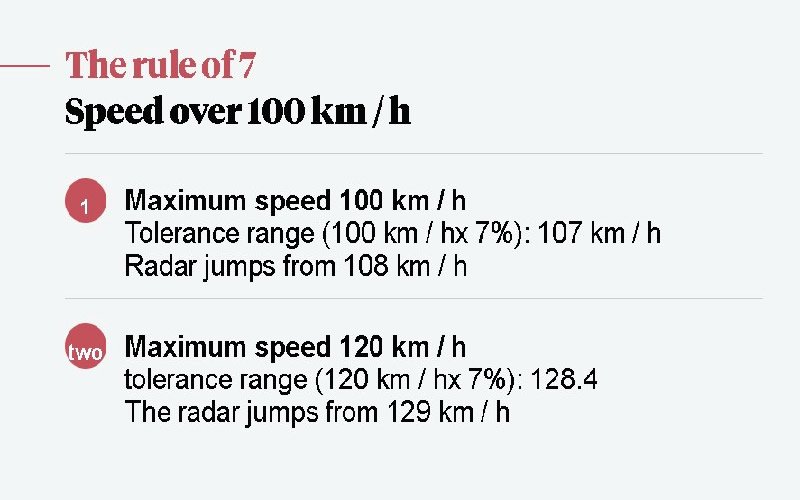