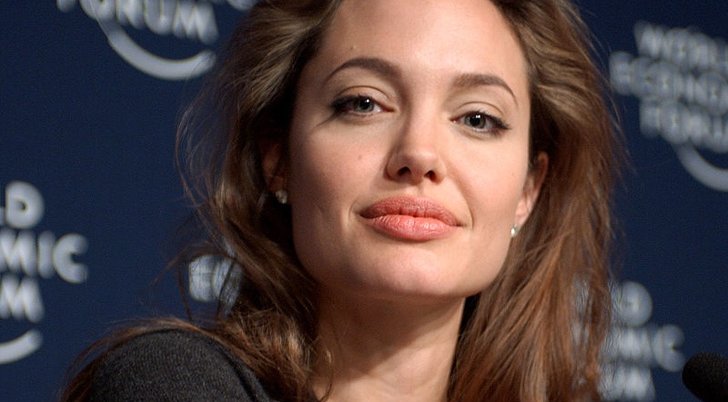 Angelina Jolie has been spotted at her ex-husband’s apartment in New York after her high-profile custody battle with Brad Pitt over their six children.

Angelina Jolie is ‘really living her best life for her 46th birthday’ and was photographed making a late-night visit to her ex-husband Jonny Lee Miller’s apartment with a bottle of expensive wine, American gossip site Radar reported.

Miller, who starred in Trainspotting and its sequel along with Ewen McGregor, lives in Brooklyn, New York.

Angelina had also brought a bottle of Peter Michael wine with her.

The upmarket Californian wine costs at least €100 a bottle and can be shipped to Spain.

Johnny Miller and Angelina Jolie were previously married from 1996 until 1999. Miller was Jolie’s first husband.

In late May, Brad Pitt was granted joint custody of his children with ex-wife Angelina Jolie and the ruling will “significantly increase” the amount of time Pitt can spend with his children, according to reports.

The decision came after a long and bitter legal battle in California about custody of their five aged under 18 years old.

Pitt and Jolie are parents to Pax, 17, Zahara, 16, Shiloh, 14, and 12-year-old twins Vivienne and Knox, but their oldest child Maddox, 19, is not subject to the custody decision.

The two actors met on the set of the film Mr & Mrs Smith in 2005. They married in 2014 but Jolie filed for divorce two years later.

The Hollywood stars hired a private judge whose ruling was based on testimony, including from professionals who had spoken with the children, according to US media reports.

It will “significantly increase” the amount of time Pitt can spend with the children, a source said.

American gossip mag Page Six, said Jolie did not object to the ruling but there were “other issues of concern.”

Radar Online reported before the ruling, “Angelina’s attempt to block Brad’s witness comes months after she tried to kick off the judge handling their mediation. Back in November, her request to have the Los Angeles Superior Court judge removed was shut down. She accused him of failing to inform her of all his ties to Brad’s lawyers. The court wasn’t persuaded by her demand and denied her motion.”

Pitt had been accused of being abusive towards Maddox on a private jet, then aged 15, the allegations were investigated but no charges were made.

Pitt told GQ he had stopped using alcohol and marihuana, “For me every misstep has been a step toward epiphany, understanding, some kind of joy.”

Last year, Jolie told Vogue she had left the marriage for the sake of her children who were “very brave, very strong young people.”