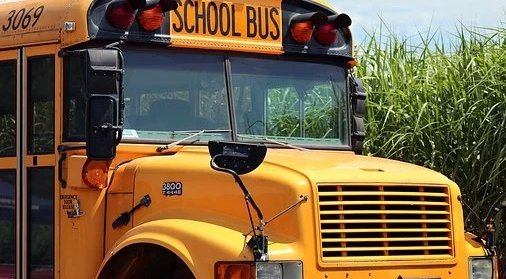 Clever Device Stops School Buses Starting if Driver is Drunk.
A clever device has been designed by a Malaga based company which stops school buses from starting if the driver is drunk.
The device which can detect if the driver has been drinking alcohol has been designed by the Malaga-based company Drivelock. The company has designed the system with school buses in mind, and if the driver has consumed alcohol the device stops the vehicle from starting.
The clever device prevents a vehicle from starting unless a breathalyser test is carried out first. Under normal circumstances a negative test should be expected, and this means that the driver will be able to drive the bus without any problems.
However, if a driver has been drinking then the device will detect this and prevent the vehicle being driven.
The Malaga based company Drivelock have so far attained the national patient for the device and they believe that this should be a standard safety feature for school transport and other services.
According to 20 minutes, a system for preventing drivers from drinking and driving school buses has been considered as an area for improvement in Andalucia.
The device is able to simply test a person’s breath and detect any alcohol molecules that are present. If the concentration is above the maximum level allowed, the bus would not be allowed to start.
According to José Leiva who is one of the company’s managers, this system which is already compulsory in countries including Germany and France, has already been deployed in multiple fleets of coaches by DriveLock.
Leiva pointed out that school coaches will be the first to install the devices as parents’ associations will request its presence, with the aim of preventing drink drivers from potentially harming their children.