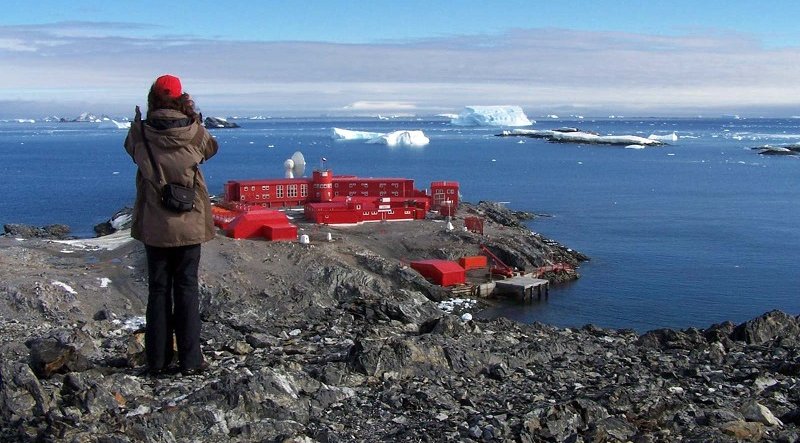 Antarctica is home to many scientific research outposts. Image: Pixabay

Leading scientists warn of global impact as the Antarctic nears tipping point as climate change is pushing this remote polar region, which connects all our ocean basins and keeps our planet habitable, towards numerous tipping points with global ramifications for humanity and biodiversity.

“Antarctica is reaching critical thresholds and life around the world is in direct line of the cascading effects. Protecting areas that are most at risk due to climate change, like the Antarctic Peninsula, will not only help us revive biodiversity there but will help boost the resilience of far-flung marine ecosystems. It will also enable us to monitor the long-term effects of other human stressors, like fishing. By nurturing its health in this way, we nurture our own. By building its resilience to climate change, we boost our own,” said Andrea Capurro, Visiting Research Fellow at Boston University and co-author of “Climate Change and Southern Ocean Resilience,” published on June 14 by the Wilson Centre’s Polar Institute,

The report, which is the result of a unique collaboration across scientific disciplines, identifies the following natural processes to be at-risk, all of which will lead to regional and global impact:

“Scientists are telling us that Antarctica plays a critical role in the future of the planet, and they’ve made a compelling case for the organizations that manage Antarctic diplomacy to incorporate climate considerations into their work” said Evan Bloom, Senior Fellow at the Wilson Centre’s Polar Institute.

“It has become clear that as part of dealing with the climate crisis, a circumpolar network of marine protected areas in the Southern Ocean, among other management actions, will contribute greatly to climate science and help develop climate-related policies for the entire planet,” he added.