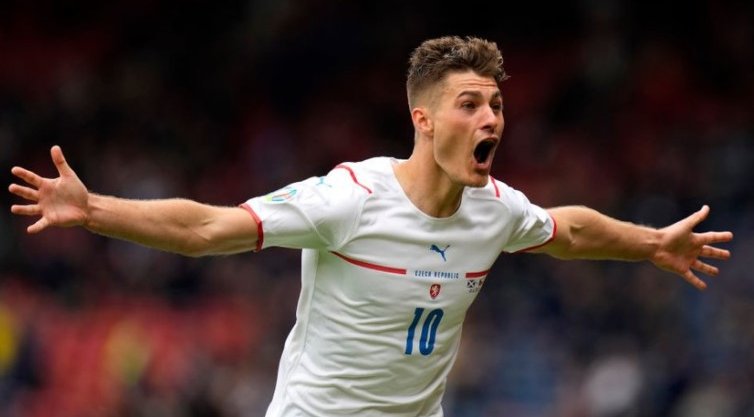 Scotland made their long-awaited return to European competition today, Monday 14, in a Group D match against the Czech Republic, and incredibly, after such a long break, they ended up playing in of all places – Hampden Park.

In front of 9,847 supporters, the famous ‘Hampden Roar’ was not what it used to be in a full stadium, but for such a small number of people, even from one hour before kick-off, the Tartan Army certainly made a lot of noise, especially as the teams entered the pitch, and the singing of the national anthem really was a special experience, with so much passion displayed by players and fans alike.

Scotland dominated the first spell, the Czech’s not even getting out of their own half, with first Liverpool’s Andy Robertson, and then, Lyndon Dykes both having chances to open the scoring, but on 42 minutes, Bayer Leverkusen star Patrik Schick silenced the majority of the crowd, with only a small section of their travelling fans celebrating.

Just minutes into the second half – in the 52nd minute to be precise – the crowd witnessed what will surely already be the goal of the tournament, and one of the most incredible goals ever scored at the famous old stadium, as Patrik Schick doubled his team’s lead, with a stunning effort from 45 yards out, looping the ball over the head of Derby County’s David Marshall, – who was way off his line – who could only turn and watch as the perfectly flighted ball landed in his empty net.

Unfortunately for the Scots, that second goal came just as they were starting to pressurise the Czechs, with Jack Hendry’s shot hitting the crossbar, and Dykes and Stuart Armstrong both seeing their efforts come close, but in the end, the Czech Republic proved too much for Steve Clarke’s side, with Schick unlucky not to complete his hat-trick.

Next up is an interesting trip to Wembley on Friday 18, to play the old foes, England – where a result is crucial if they want to progress to the knockout stages – with the Czech’s up against Croatia at Hampden the same night.