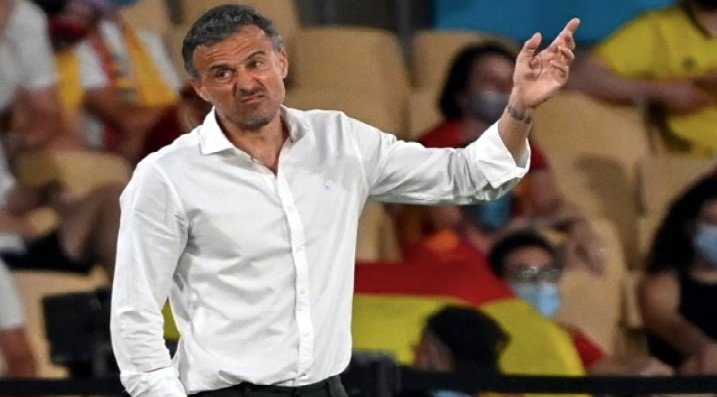 Spain And Sweden Play Out The First Goalless Draw Of Euro 2020. image: twitter

Spain opened their European Championships campaign tonight, Monday 14, at the magnificent La Cartuja Stadium in Sevilla, Andalucia, against Sweden, and the two contrasting teams played out the first goalless draw of the tournament, with neither team looking capable really of ever putting the ball into the opposition goal.

The Spanish team set a new record in the first half for the most passes made in a single half in the history of this tournament, with an astonishing total of 419 passes being made, but one can’t help but wonder if coach Luis Enrique would have gladly swapped that statistic for a goal.

One could argue that there is little point in passing the ball around if you are never going to eventually put it into the net, with both Dani Olmo of RB Leipzig, and Atletico Madrid captain, Koke missing good chances in the first 45 minutes, and Alvaro Morata was guilty of a glaring miss when Marcus Danielson’s slip put him through on goal, only to place the ball wide.

Sweden, to be fair, defended admirably, and could not be faulted at the back, but if only Alexander Isak and Marcus Berg had been on target, things could have been a lot different, as Isak found unmarked Berg, who really should have buried the ball into the Spanish net early in the second half, but instead, scuffed his shot wide of the post.

Gerard Moreno, on as a sub – who has been prolific all season – had the opportunity to seal the three points for Spain right at the death, but somehow managed to head the ball straight into the keeper’s hands, with the goal looming wide in front of him.

Luis Enrique has until Saturday 19 to reassemble his men for the match in Sevilla against Poland – who lost 2-1 to Slovenia this afternoon – hoping to pick up some points, while Sweden must travel up to St Petersburg to play Slovakia in the other Group E match, on Friday 18.