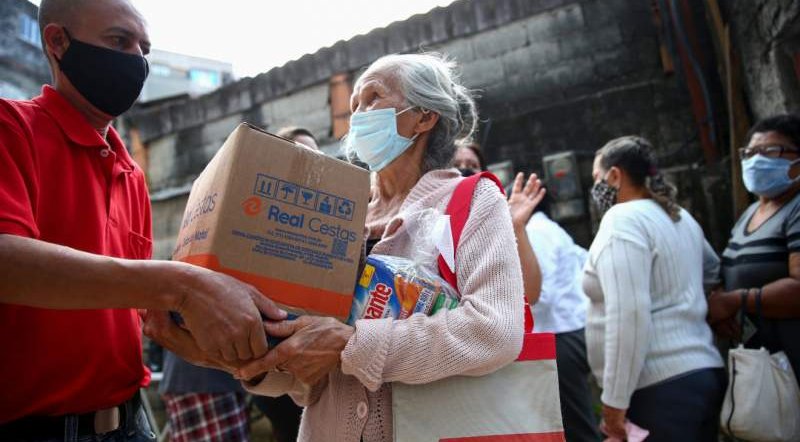 Spain’s moral dilemma for this summer is whether to vaccinate minors or donate millions of doses to impoverished countries. As yet, no EU country has pledged to delay jabs for children and send these vaccines elsewhere, despite the fact that the pandemic is still raging in many other parts of the world, including South Asia and South America.

France and Germany already have a date to immunise this group of minors, 12 to 16-year-olds, once the Pfizer vaccine has been approved for them.

However, there is a debate going on whether to protect a population with almost zero risk of passing severe Covid on or donate the doses to countries that do not have their vulnerable covered.

A year and a half after the outbreak of the pandemic, the European Union will have 70 per cent of its population vaccinated against Covid-19 – a historical goal that according to current numbers is possible to meet.

The next step in the vaccination campaign is for those under 18 years of age. The risk of children and adolescents suffering from severe Covid-19 is minimal, and it is very low among adults under 30 or 40, so in almost all Western countries, these groups are the last ones on the list.

The vaccination of children and adolescents in the short term is actually being considered as a sort of privilege in Europe, North America and part of Asia.

According to a Reuters report, only Chile in Latin America, the most advanced country in the region, is considering it (donating to COVAX) as 44 per cent of its population has had the complete regime and has used one of the Chinese vaccines (Sinovac).

In Africa, the most advanced country is Morocco, with 16 per cent having received the full two-dose regime. with many other countries, including South Africa, still below 3 per cent innoculated.

The WHO, an arm of the UN, has encouraged its promotion (COVAX) and warned that it is unethical to start vaccinating populations with less risk while many countries struggle to provide vaccinations.

The worry is that vaccine doses will be used up

The European Medicines Agency recently approved Pfizer / BioNTech for 12 to 16 years and opened the door to mass vaccinations. The governments of France and Germany start with teenagers in June – Spain wants to start before the summer begins and intends to vaccinate those under 40 between July and August.

Meanwhile, millions of vulnerable people outside the EU are still waiting for their jabs. Donations are limited and Spain has committed to giving some 22.5 million doses to COVAX, but for now, there is only the commitment to do so before 2022.

The director of the Centre for Medical Ethics and Law of South Africa put it all into context when he said that the 50 million doses of Pfizer needed to vaccinate all children under 12 years of age in the United States (25 million) are more than those that have been donated throughout the African continent, which is 33 million.