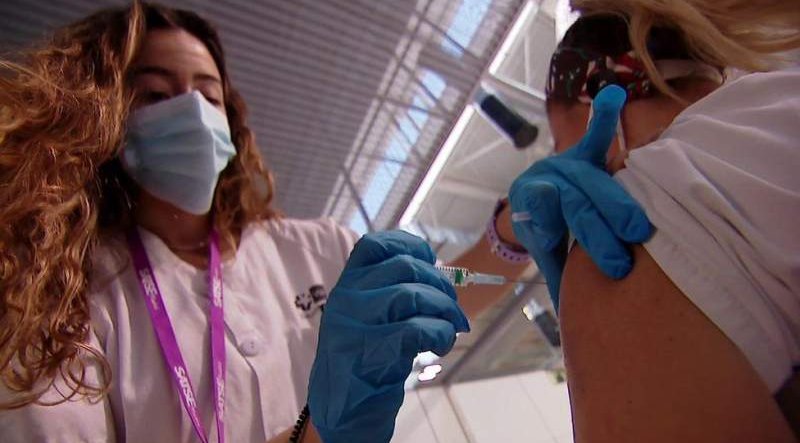 Spain To Focus On Vaccinating The Age Group Of 40 to 49-Year-Olds Today. image: Wikimedia

Spain To Focus On Vaccinating The Age Group Of 40 to 49-Year-Olds Today And The Army Will Help Issue EU Digital Covid Certificates.

THE Spanish Ministry of Health issued an updated today, Monday, June 14, saying that according to the latest data, the pandemic is expected to continue to decline thanks to the high rate of vaccinations the country has managed to complete.

A spokesman for the ministry announced that the next age group to focus on will be the 40 to 49-year-olds, he also added that most communities have now relaxed restrictions and there is a gradual return to normality.

The Ministry of Defence has said it will issue the so-called ‘Covid passport’, the certificate that will allow European citizens to move through the EU without further controls to prove they are vaccinated or have passed a PCR or a negative antigen test.

Spain’s Defence Minister, Margarita Robles, said she will extend it to members of the Armed Forces, and with this, take a further step in [its] involvement in the fight against the pandemic. Last summer the army contributed military units for track and trace, now they have also vaccinated Olympic and Paralympic athletes and, on Friday, June 11, the national football team.

In principle, the EU Digital Covid Certificate was only supposed to be issued by the autonomous communities and act as a “reinforcement”, said the Ministry of Health.

However, they (the Ministry of Health) have now been joined by the Army, which will issue the certificates firstly to members of the Armed Forces who up to now have been in charge of vaccinating their own military health personnel.

The Secretary-General for Digital Health, Alfredo González, explained last week to the Congress of Deputies that the Ministry of Defence was expected to finish the technical preparations to be able to issue digital certificates by the end of this week.

Ministry sources stated that in reality, they are ready because the ‘Covid passport’ will in fact not be mandatory until July 1.

A total of eight autonomies are now ready to do so – totally or partially – on June 7, while the three regional governments who remain to complete the list should be ready next week.