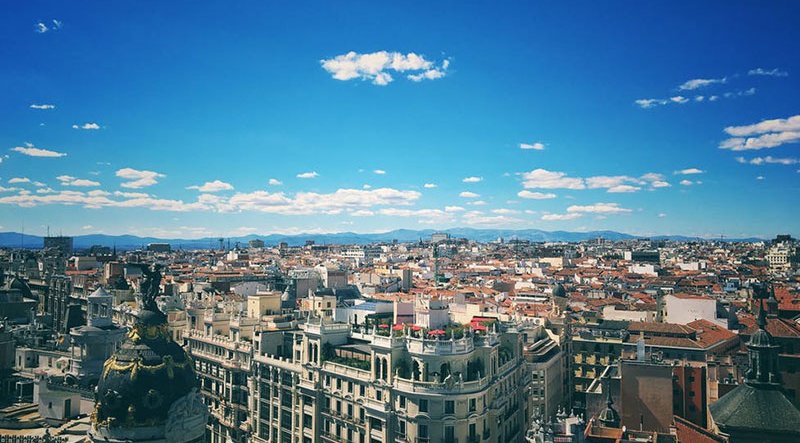 The UK and Spain share an interesting and shared heritage. In more recent history, both countries enjoy and benefit from mutual trade. In 2019, two-way trade between the countries was some EUR 31.6 billion, and Spain was the UK’s fifth biggest trading partner.

The ability to do trade between the two countries also dependent on the value of the GBP and the EUR between each other. This has changed a lot over the last couple of years, mainly influenced by Brexit and the Covid-19 pandemic.

The relationship between the two countries has provided plenty of options for forex traders, even if the trade of goods has been somewhat precarious. This volatility has piqued the curiosity of many, who’ve asked ‘what is forex trading’ and have been interested in trading and speculating on the value of the currency pair, especially when impacted by the aforementioned factors. Naturally, as with all trades, while there is an opportunity to profit there still always remains an element of risk.

Spain is home to several large companies with a presence not just in the UK but in Europe and further afield as well. Inditex is perhaps one of the most famous. A multinational clothing and textile company, they operate over 7000 shops in 93 countries. Brands under their umbrella include Zara, Bershka, Stradivarius, Massimo Dutti, and Pull&Bear. It is in fact, the largest fashion group in the world and has been in operation since 1985. There are over 107 Inditex stores in the UK with Zara being the most popular. This gives extra importance to the owners in terms of how the EUR and GBP perform against each other.

Another well-known Spanish success story is Banco Santander, otherwise known as the Santander bank chain. They operate not just in Spain, but all of the main global financial centres and include subsidiaries like Abbey National. Incorporated in 1857, the headquarters are in Madrid and they enjoy a revenue of over EUR44.2 billion a year. Santander is huge in the UK with around 14 million active users and 64 business centres. It employs around 20,000 people and the exchange rate between the EUR at its HQ in Madrid, and the GBP at its head office in Euston plays an important party in strategic decisions.

Another name to know in terms of big, publicly traded Spanish companies is Telefonica. Also headquartered in Madrid, it’s one of the leading and largest telecom companies. They provide internet, broadband, broadcasting, mobile telephony, and fixed-line telephony across Europe and Central and South America. Almost 100 years old, they have acquired telephone companies O2 and Vivo, making it the 110th biggest company in the world. The British company O2 was purchased by Telefonica back in 2006 for some GBP 18 billion. O2 was allowed to keep the brand name and its UK headquarters, but it’s managed and overseen by Madrid and relies on the performance of both the EUR and the GBP.

The state of the Spanish economy 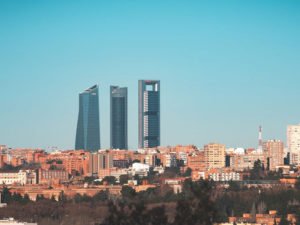 But even with the power of these big names, it hasn’t all been plain sailing for the Spanish economy. In 2008, the country suffered a financial crisis that lasted a total of six years. Unable to support its flailing financial sector, they turned to the European Stability Mechanism for some EUR 100 billion in bail-out funds. The recession was triggered not only by the global economic crisis at the time, but a housing bubble, and unsustainable GDP growth. Problems included high inflation, lack of competitiveness in trade, a huge deficit, and increased personal debt.

While the fallout of the crisis is still being felt, things have improved over the last few years. By 2018, the situation was looking better and it had become one of the fastest-growing economies in the EU. Many youngsters are still looking to leave and there are still issues with debt and unemployment, but the GDP is currently the 14th largest in the world and its 25th in the United Nations Human Development Index.

What’s in store for the future?

In terms of what lies ahead, much will depend on the ongoing Brexit situation as well as the management of the pandemic. Disputes over vaccines have caused problems with relations between the UK and the EU, and in terms of Spain, there are remaining tensions over Gibraltar.

Ongoing monitoring of trade levels, the performance of the respective economies, and social and political events impacting the region will be essential to those wishing to trade or get a better understanding of the economic situation.