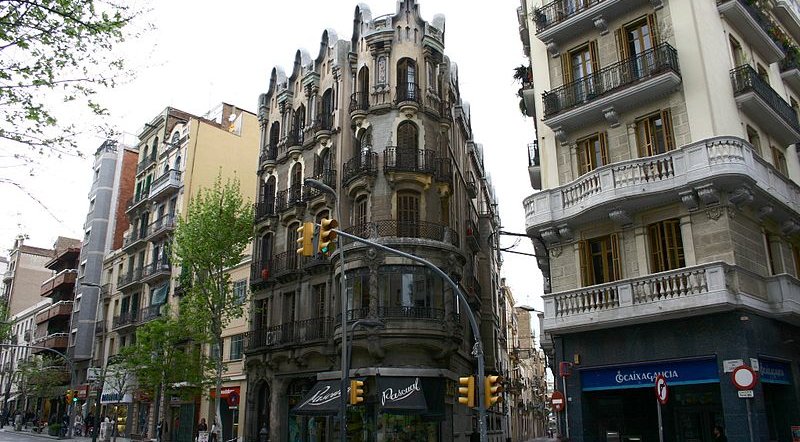 Barcelona Man Jumps To His Death When Officials Arrive To Enforce Eviction Order.

A 58-year-old man from Barcelona, Spain, committed suicide on Monday, June, 14 after bailiffs rang the doorbell of his house to fulfil an eviction order, in the Sants neighbourhood of the city.

The victim was being treated by the social and anti-eviction services of the City Council, as confirmed by a spokesperson. The court of first instance number 3 of Barcelona rejected a municipal vulnerability report for the suspension of the launch because it did not comply with the requirements required by law, as explained by a spokeswoman for the Superior Court of Justice of Catalonia (TSJC).

The eviction was scheduled for Monday morning, the owner of the property, the landlord, had complained that the tenant had not paid the rent since June 2020. The contract was dated from 2018 and after six months wait, he filed a lawsuit – denuncia – in January of this year.

After a momentary delay to offer free legal representation to the defendant, an initial date was set for the eviction, which was also extended.

On Thursday, June 10, the court received a municipal report, provided by the man’s lawyer, prepared by the Barcelona City Council, to suspend the eviction, alleging vulnerability.

However, this alone did not meet the requirements required by law to suspend the eviction process, according to the TSJC, which is the reason why the process continued.

The documents provided lacked the necessary information on income, assets and other data to prove vulnerability, according to the court. Through her Telegram channel, the current mayor of Barcelona, Ada Colau Ballano, explained that the man was unemployed and could not continue paying the rent.

When the bailiffs knocked on the door, the man, who was alone, opened the door, said “just a moment” and launched himself off the balcony of the apartment, falling to his death – leaving the two officials in total shock.

“Until the last moment, the municipal services have tried to mediate to stop” the eviction, said the mayor. “It is a death that should not have occurred,” she added. And she has demanded that the courts review “the criteria with which they decide to apply or not the current moratorium,” and that the PSOE “unblock the proposal of a new housing law that stops speculation” and promotes more public housing and alternatives to evictions when there is a proven vulnerability.

“When the pandemic broke out, we told the government to suspend the rents of all affected families, because we knew that many households would not be able to cope with rents that were already abusive while they lost their income,” said the spokesman for the Llogaters Union, Jaime Palomera. “Although various factors always intervene in these terrible situations,” says Palomera, the result is that the number of people who cannot pay their rent is skyrocketing and who “are pushed into extreme situations.”

Jaime added: “In fact now [they] are even threatening to overturn the law that regulates rents in Barcelona and that allows lower prices and helps families a little.”

The Llogaters Union was unaware of the case of the man who committed suicide in the Sants neighbourhood. Nor does it appear that other groups, such as the housing neighbourhood unions, were involved in the eviction.