Boris’s Behaviour “Unacceptable” Warns Speaker of the House of Commons 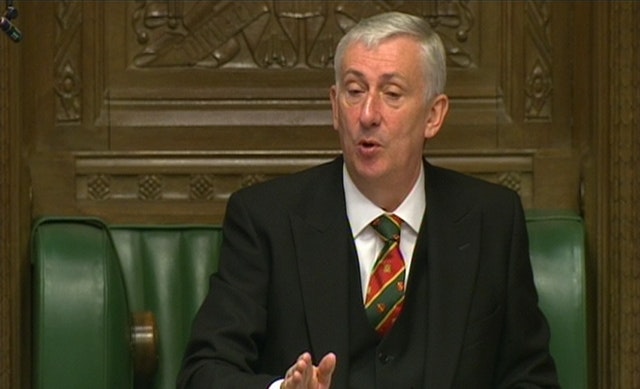 Sir Lindsay slammed Boris Johnson for holding a press conference to reveal that Covid restrictions will be extended for four more weeks instead of announcing the measures in Parliament where he would have faced questions from MPs. Instead, Johnson sent Health Secretary Matt Hancock to make a statement while Boris dined with his Australian counterpart after attending a NATO summit in Brussels.

Speaker Sir Lindsay said he had to harangue Downing Street into even sending Hancock to make a statement.

Speaking in the Commons on Monday afternoon, he said, “Can I just say, we weren’t going to get a statement until I got involved with Downing Street. The fact is this has been forced to actually get a statement today, it was going to be left to tomorrow, which would have been totally unacceptable.

“The fact is – I understand the Prime Minister at the moment is in NATO, there is a big conference going on, he isn’t here – that’s why I insisted that somebody came to make this statement. The timing of it is 8.30pm. I thought that was better than waiting for the Prime Minister to make a statement tomorrow,” he said.

“This House needs to know, it needs to know first. I find it totally unacceptable that once again, once again, that we see Downing Street running roughshod over members of Parliament. We’re not accepting it and I’m at the stage where I’m beginning to look for other avenues if they’re not going to treat this House seriously.

“But I will say I think it’s time for me to have a meeting with the Prime Minister to actually put on the record here now but with him that this House matters,” he added.