Catalan Pardons Are Close, “First Week Of July Or Before” 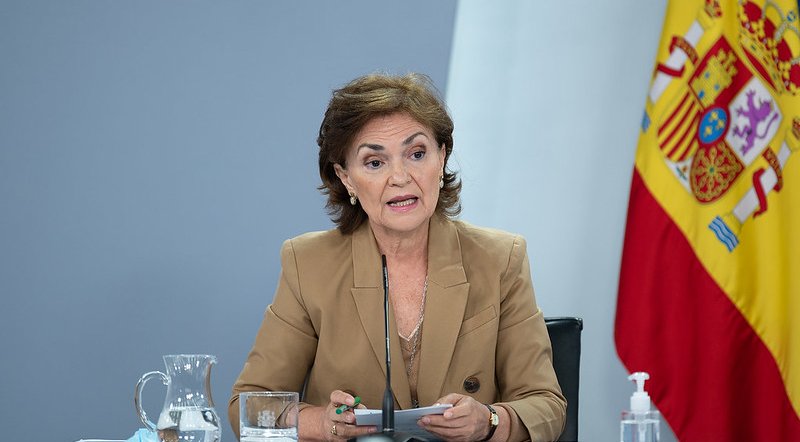 Deputy Prime Minister Carmen Calvo has set a date for the pardons of 12 Catalan separatists. “The pardons are close. In two or three weeks they should be finished,” she said in La Moncloa today.

Although the proposed pardons will not be approved in the Council of Ministers on June 15, the government “is finishing” its procedures, she said.

“The ministry is finishing the individualized files. These are the pardons, all the paperwork is the same,” she told Canal Sur earlier.

“There is a benefit for all, a good greater than pardon,” she added.

The pardons are highly unpopular across the political spectrum, including with Sanchez’s own party, the PSOE.

Protests against the pardons drew at least 25,000 people to Madrid on Sunday. The demonstration was organized by the Partido Popular, Ciudadanos and Vox.

The pardons are widely perceived as a sop to Prime Minister Pedro Sanchez’s coalition partners in La Moncloa.

The government has however framed them as an act of forward-looking reconciliation.

On June 7 Sanchez said, “Despite the terrible blow of the pandemic, we are in a position to begin a process of modernization, also political. We have to be generous and responsible and make an effort. Let’s not look for revenge, let’s look for solutions. Let’s change threats for proposals with pragmatism, honesty and common sense. Let’s make a new us. That new us will be our greatest success.

“We have lived too long in sterile positions, we cannot continue like this, we have to take steps to advance, with serenity, with a sense of justice, seeking peace and coexistence, above the smallness of partisan interests and electoral interests. There will be no greater benefit than leaving behind a scenario of crisis and confrontation that, so many years later, has left only pain, and poverty and stagnation,” he added.