Do Europeans Know about Space? The UK and Germany in the Spotlight 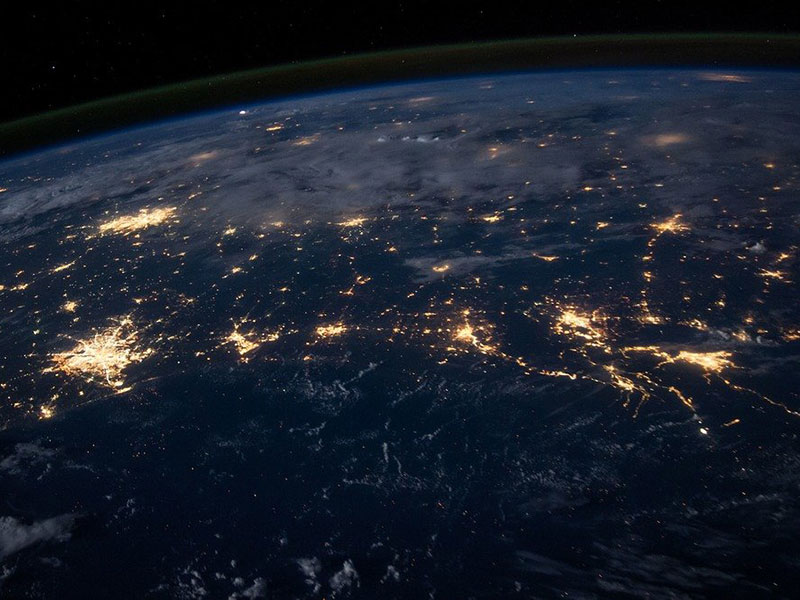 Not so long ago, the whole history of space exploration had only two characters – the United States and the Soviet Union.

The origins of all US space achievements lie in the design of the V-2 rocket, created with the help of prisoners of war. This rocket was a prototype for another rocket, which took part in the Mercury-Redstone-3 mission in 1961 (the first American human-crewed space flight).As for the USSR, the first manned flight into space also took place in 1961, but on another unit – a three-stage Vostok rocket designed by the legendary scientist Sergei Korolev.

Nevertheless, today we can name other contenders for the laurels of space explorers, such as the UK and Germany. Both countries have years of experience in the space business and innovation. And both are now competing to find their place in the sun within ESA. But what do citizens of these countries know and think about the space industry? We will discuss this in our article based on two similar questionnaires conducted through the UK and Germany.

British and Germans: Who Will Conquer Space Faster?

Survey Lab has conducted two studies to explore what Germans and Brits think about the development of the space industry in their country. In some cases, the results turned out similar. Let’s now look at the similarities and differences between British and German trends in space exploration.

57% among Brits surveyed and 55% among Germans surveyed know nothing about their country’s current activity in space. The data are overall upsetting and make one think whether the governments do enough to promote the area among their citizens.

In addition, about 47% of Brits surveyed indicated they have no reason to be proud of the country’s historical heritage (either due to ignorance of historical facts or due to essential lack of pride). As for the Germans, 52% of them are not proud of their history. The difference might root in the events associated with the Second World War and the resulting fear of patriotism in Germany.

The low public awareness and a relatively high share of people who believe their country has achieved nothing in space exploration must serve as a signal for both governments. British and German space efforts might benefit from new strategies or revised approaches to bring conversations about the space industry to the general public.

Thus, the UK government declared the plan to make the UK the world leader in the “new space” era. For instance, only in November 2020, £500 million was invested in rescuing OneWeb, a satellite development company for next-generation Internet services. It is still early to assess the venture outcomes, but the authorities have proven their interest in developing the area. Nevertheless, almost nobody was able to name OneWeb as a British space company during the survey.

The German government has similar ambitions and developed a programme for the space industry in 2010. Now, Germany is willing to win a palace in ESA by building its own launch vehicles. However, just like the Brits, almost no German would name at least one of the local space startups.

Despite the lack of awareness, the government’s ambitions find hidden support in the UK, as practice shows. After learning about the government plans to develop the country’s space industry, 53% of respondents said that investment in spaceports and infrastructure for launching rockets in the UK would be an essential factor in achieving the status of a space tech country.

Meanwhile, Germans are warier of such innovations in the country. Only 35% of Germans acknowledged their support for the idea of spaceport creation. The main reason for such a low percentage of approval could be that Germany cannot build a spaceport on its territory, unlike the UK. The German government plans to create a launch pad at sea, but this does not increase the number of people who believe a spaceport is a vital investment.

Given previous data, it might be well-predicted that more Brits would choose their own cosmodrome as a place from where to go into space. If the Germans had such a choice, 16% would choose their own cosmodrome. In turn, 37% of the British would fly only from the spaceport in the UK. Once again, the data prove that British citizens value their own industry and developments higher than foreign ones. And for them, “made in the UK” serves as the best proof of quality and reliability.

Expectedly, the Brits are also more aware of the companies launching rockets into space (23%). Meanwhile, only 15% of Germans know that they have such a company in their country. Yet, as already mentioned, only several people questioned could name at least one company in their country. Therefore, it seems that UK companies and British space agency are more active in promoting their activities and informing the public about the landscape of the space industry

Some aspects are pretty similar between the UK and Germany. In both countries, respondents identified fast and affordable Internet as the top priority for space development. However, differences emerge with the lower-priority directions.

Therefore, polls showed that the Germans are more peaceful than the Brits, with military needs at the bottom of the list of priorities. At the same time, both Brits and Germans might somewhat underestimate the value of exploring Mars and the Moon for humanity.

Though both countries are pretty similar in terms of their space industry efforts and ambitions, many aspects differ. Below are some ideas that might explain the dissimilarity:

The fundamental principles behind rocketry have not changed significantly in 70 years. The design of rocket engines remains the same, most of them run on liquid fuel, and onboard control systems still use gyroscopes. This means that both Germany and the UK can draw their inspiration from rocketry since the post-war times and utilise their former achievements as a basis for further success.

As for the ordinary UK and German residents, their awareness about scientific advances in space exploration could be much better. The British are known the world over for their pride, and the space industry is no exception compared to Germany. Meanwhile, Germans have a reputation for high tech innovations, with the first rocket launched into space thanks to a German scientist. Therefore, both countries have approximately the same growth prospects and currently move at a similar pace. But it is questionable who will come first and if public knowledge can assist in accelerating the progress.