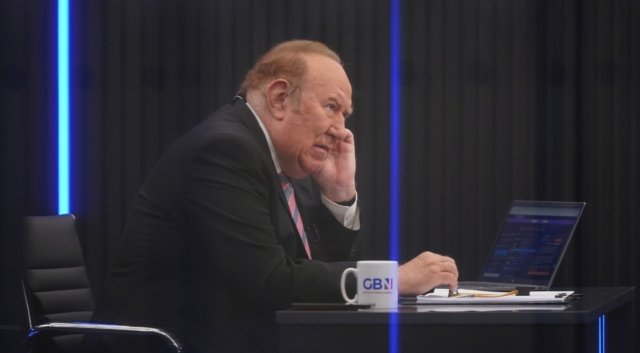 Presenter Andrew Neil prepares to broadcast from a studio during the launch event for new TV channel GB News at The Point in Paddington, London. image: Twitter

GB News, the brand new television channel that launched this week with backing from pro-Brexit tycoons and a mission to produce “anti-woke” US-style news content, is facing an advertiser backlash after big consumer brands including Ikea, Nivea and Grolsch said they would pull their adverts from the network.

Fronted by a clutch of familiar names including the former BBC and Sky presenters Andrew Neil and Kirsty Gallacher, GB News, which launched on Sunday, June 13, is pitching itself as an alternative to the mainstream media, sky and the BBC, with a focus on generating opinion and controversy, rather than original reporting.

However, activists are already calling for boycotts of brands that advertise on the channel, on the grounds that they believe it is hoping to monetise divisive political issues and to push the boundaries of UK TV news regulations, which require politically balanced broadcasts.

The channel is broadcast on television across Great Britain and Northern Ireland and streamed online to the rest of the world.

Ikea, the Dutch beer brand Grolsch and the Swedish cider-maker Kopparberg said they had suspended adverts because of concerns the channel’s content would go against their aim to be inclusive. Nivea said it would review its position in three months. The brands said they had not been aware their adverts were being aired on the channel.

Octopus Energy’s founder, Greg Jackson, published a letter to customers on Tuesday evening that said it had asked its agencies to suspend advertising on GB News. “We’re not currently running ads on GB News,” he wrote. “We will monitor it, and only advertise if it proves to be genuinely balanced.”

He added that the “furore” over the channel’s launch “gave GB News much sought-after publicity” as well as adding to division.

Some of the channel’s financial backers have supported prominent right-wing causes and campaign groups, while some GB News programmes are presented by journalists with outspoken views on issues generally associated with right-wing politics. The former Brexit party leader Nigel Farage was one of the first guests on the channel’s opening night.