Protester PARACHUTES Into Stadium Before France Vs Germany Euro 2020 KO 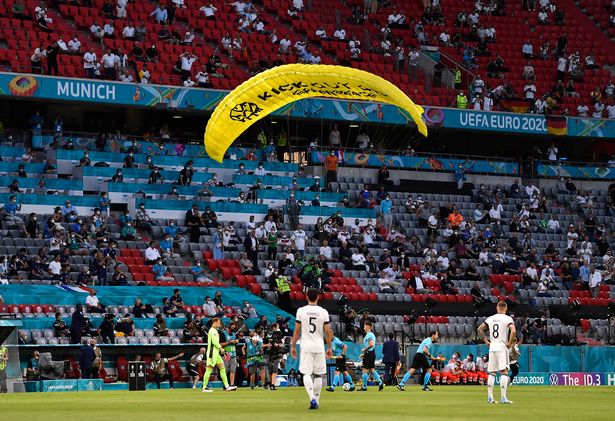 Protester PARACHUTES Into Stadium Before France Vs Germany Euro 2020 KO.

A bizarre incident took place just before the kick-off between Germany and France in Munich on Tuesday night as an apparent protestor parachuted into the stadium, almost crashing into supporters, before being briskly led away by the members of the grounds security team. 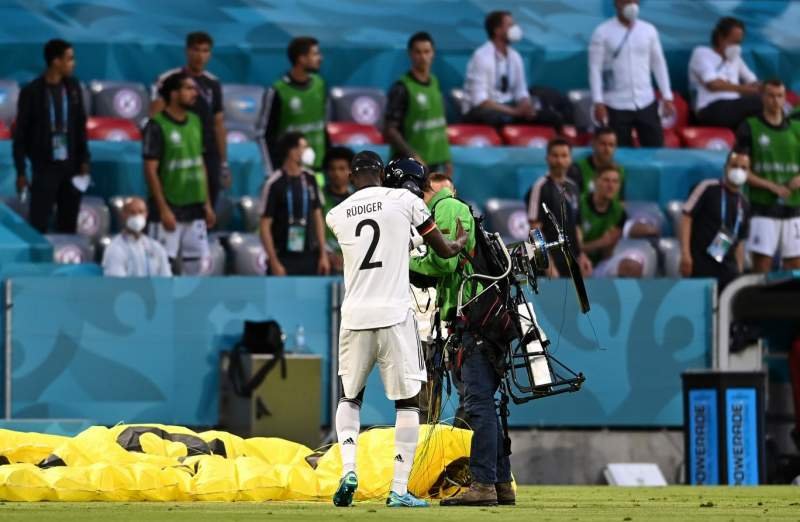 The match in Group F was one of the most eagerly-anticipated in the European Championships so far, with two of the heavyweight giants of the tournament going into a head-to-head battle.

However, just minutes before the start of the game, and to the amazement of the crowd, a man was filmed flying on a yellow parachute high above the Allianz Arena.

He then appeared to get his wires tangled in the spider camera and careered dangerously towards some of the fans present and those sitting in the media suite.

The parachute contained messages relating to Greenpeace according to journalist Archie Rhind-Tutt. His tweet reports that the protestor almost crashed into fans after hitting a big line above the stands, but he managed to steer himself onto the field instead.

Toni Rudiger reportedly approached the protestor to ensure he was okay after his crash landing- some of the parachute was clipped by TV cameras, so the protestor was fortunate to make it down in one piece.