Spain Will Host The Next NATO Summit in 2022 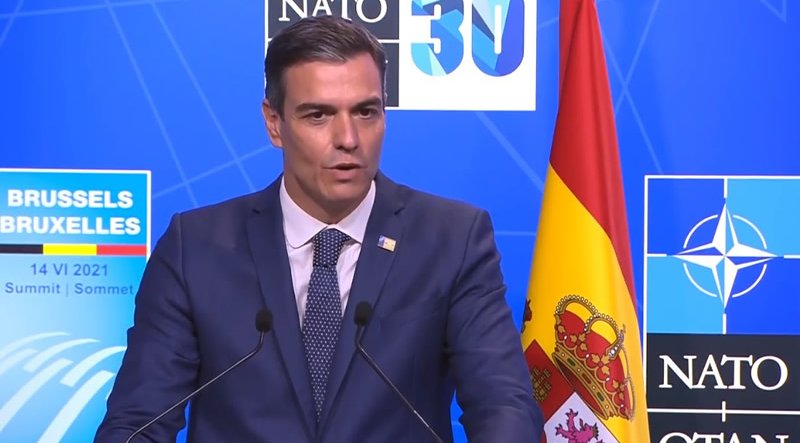 Spain Will Host The Next NATO Summit in 2022. image: twitter

Jens Stoltenberg, the Norwegian Secretary-General of NATO, appeared with President Pedro Sánchez, at a press conference in Madrid on Monday 14, where he announced the official confirmation that the next NATO summit, in 2022, will be held in Madrid, to coincide with the 40th anniversary of Spain’s accession to the Atlantic Alliance.

Mariano Rajoy, head of the previous Spanish Executive had also nominated Spain to host a summit, but the electoral cycles prevented it from happening.

Mr Stoltenberg said that in his opinion, this decision reaffirms the Spanish commitment to NATO and that it will be a great opportunity to show that “Spain is an ally of extreme value”, while announcing that during the 2022 summit, “many important decisions will be made, such as agreeing on a new NATO Strategic Concept”, which should cover the Alliance’s master guides until 2030.

The Secretary-General also listed the military missions with which Spain now contributes to NATO: Air Police in the Baltic, permanent presence in Latvia, Patriot missiles in Turkey, the training missions in Iraq, or the contribution to anti-missile defense with the Rota military base in Cadiz, where four American destroyers are permanently based, as reported by sevilla.abc.es.

Mr Sánchez thanked his “friend Jens” for NATO’s decision to hold its next great meeting of heads of state or government in Madrid, saying, “We can congratulate ourselves on this election. In 1997, (the date on which Spain organized its first and only summit with Aznar as president), the allies showed a spirit of cohesion, we hope it will be repeated next year”.

Moncloa sources reported that this decision, together with Sánchez’s brief conversation with Biden, “had been a very positive day. For the decision of the Alliance that Spain organizes the NATO summit in 2022, and for the contacts maintained today”.