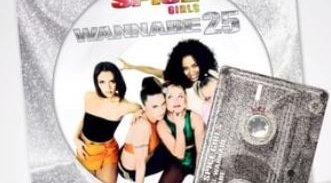 The Spice Girls are set to release their first song since 2007 in order to celebrate the Wannabe 25th anniversary.

The iconic band are set to wow fans as they release an all-new limited edition EP – ‘Wannabe25’ on July 9, when it will be available to stream. Fans though will have to wait till July 23, to get their hands-on a physical copy though.

The EP album is being released to mark the group’s Wannabe 25th anniversary celebrations. Spice Girls hit Wannabe has had 1.3 million CD single and download sales, and comes in as the seventh bestselling single ever.

According to U Discover Music, fans will be delighted as there will be a: ‘Wannabe25’ EP, released on vinyl and cassette on July 23. The new EP will include the original single, an in-demand remix by Junior Vasquez (originally a bonus track on the 1996 “2 Become 1” CD Single), the original demo recording, and “Feed Your Love”, a demo of a previously unreleased ballad written by Spice Girls and “Wannabe” co-writers Richard ‘Biff’ Stannard and Matt Rowe.’

The group took to Twitter and asked fans to head down memory lane and share their stories before the anniversary celebrations begin. They tweeted to say that: “It’s official! It’s been 25 years of the Spice Girls,” the tweet read.

“We believe there is a Spice Girl in all of us, and we want you to join us on a trip down memory lane!

“We want to see you singing your heart out, showing off your best dance moves and hear how you’ve been inspired, influenced and excited by everything People Power!”

Emma Bunton, Mel B, Geri Horner, Victoria Beckham and Mel C have sold a staggering 90 million records worldwide and the group commented that: “The Spice Girls belong to everyone and that’s why we want to mark 25 years of Wannabe by celebrating our incredible fans.

“There is a Spice Girl within all of us, and their rise to fame was a story lived by millions of us around the world… it’s time for those stories to be told.”