The ‘Quiet’ Man Who Killed And Dismembered Over 30 Women 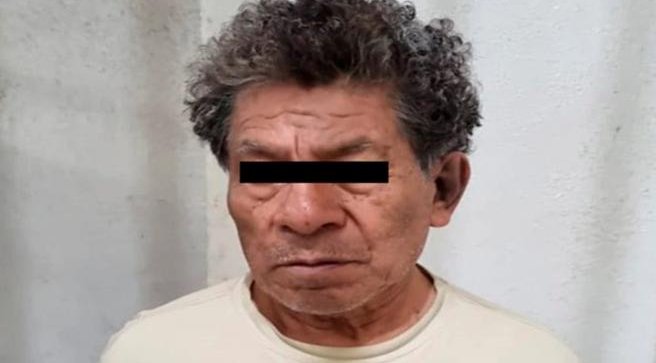 The "Quiet" Man Who Killed And Dismembered Over 30 Women. Image - Mexico Police

ANDRÉS, who neighbours described as “quiet”, may have killed and dismembered over 30 women in the last 20 years, evidence suggests.

The serial killer was detained in the State of Mexico, one of the most insecure regions of the country, in 2018.

Andrés Filomeno lived on Calle Margaritas del neighbourhood of Lomas de San Miguel, in the municipality of Atizapán de Zaragoza, in the State of Mexico for almost 30 years. Although some people were suspicious of him, he was mainly known as a quiet neighbour who owned his property and rented a room out to a couple with children.

Filomeno was president of the neighbourhood association and also a representative of the Citizen Participation Committee, managing aid and food supplies to neighbours in need.

At least once a week he went to the neighbourhood bar for drinks “We knew him as a man of advanced age, respectful, calm and noble that he did not mess with anyone and that he came to the bar to have a few drinks, relax and hang out with girls,” said one of the workers from the premises, according to Then24.

“Of course, when he finished his night of drinks, he always took a girl and most of them did not object, first because he always brought money and paid them very well, and then because they knew he was a calm man with whom they were not in danger because they knew him very well,” added the waiter, who explained that the women who went with Andrés always returned the next day.

Filomeno may have gone unnoticed had it not been for his latest crime in mid-May. His neighbour, Bruno came to his house to ask whether Filomeno had seen his wife Reyna González, 34. Reyna ran a mobile phone shop that Filomeno spent several hours each day at. He claimed to have not seen Reyna and when Bruno reported her missing to the police nothing was done.

However, Bruno works as a policeman and was able to locate the last location of his wife’s phone to have been in the area of Filomeno’s home. Bruno and colleagues went to Filomeno’s house to search for clues and found a basement door in which Reyna’s body was also found, along with 4,000 skeletal remains.

After being arrested, Andrés Filomeno was brought before the judge, where he admitted the death of Reyna and other women. “All I want to do is tell the truth, I’ve done it,” he said.

Filomeno began to list his victims, around 30 names, with the killings beginning in 1994. The skeletal remains could not be identified, however, he claimed to have chosen his victims “because they were pretty.”

Photos and video footage of Filomeno dismembering his victims were found and he confessed to eating his victims. Human masks were also discovered in the gruesome basement discoveries.