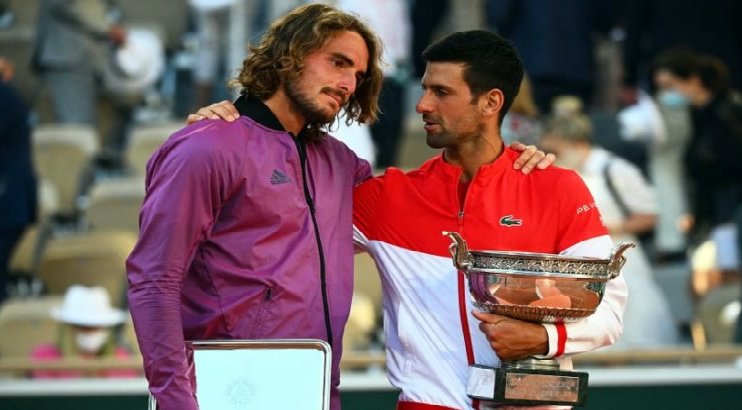 Stefanos Tsitsipas, the young Greek tennis star, competed in his first-ever Grand Slam tennis tournament final last Sunday 13, when he reached the final of the French Open at Roland Garros in Paris, playing against World No1, the Serbian, Novak Djokovic.

After a thrilling match that went to five sets, Djokovic eventually got the better of him, and Tsitsipas had to settle for being the losing finalist, though with his undoubted talent, he will surely one day be World No1.

Sadly, what the Greek forgot to tell anybody, at least not until some hours after his defeat, when Tsitsipas reveals on social media that only five minutes before he stepped onto the famous Philippe-Chatrier clay court, his paternal grandmother had passed away, and he dedicated an emotional message to his late grandmother.

“Life is not about winning or losing. It is about enjoying every minute of life, either alone or with others. Living a meaningful life without sadness or abjection. Lifting trophies and celebrating victories is something, but not everything. 5 minutes before entering the court, my dear grandmother lost her battle with life”, he explained on his Instagram.

“A wise woman whose faith in life and her desire to give and provide cannot be compared to any other human being I have ever known. It is important to have more people like her in this world, because people like her make you live, they make you dream. I would like to say that regardless of the day, circumstances, or situation, this is completely dedicated to her, and only to her. Thank you for raising my father. Without him this would not have been possible”, he reflected.

In response, his sponsors Adidas posted a message, reminding him that “this is not the end, it is only the beginning of your story. You will continue to inspire others in the same way that the previous ones inspired you”, as reported by 20minutos.es.