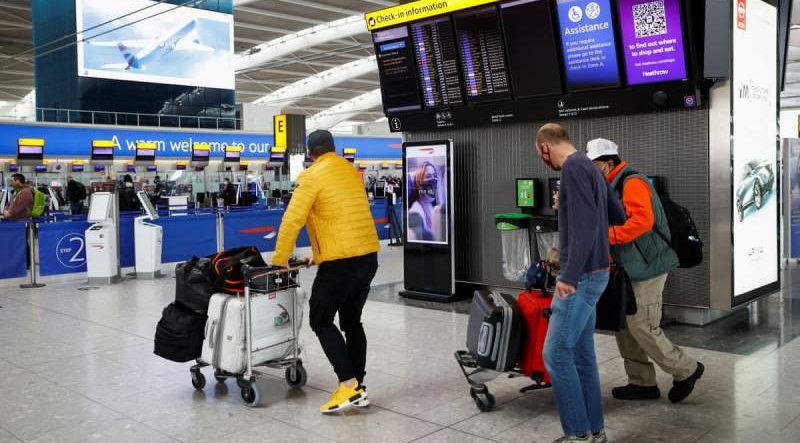 Ambassadors in Brussels have agreed to add eight countries, including the US, to the European Union’s ‘white list’ of countries from where it accepts non-essential travel – however, the UK has not been included in the list.

The US, along with Albania, North Macedonia, Serbia, Lebanon, Taiwan, Macau and Hong Kong will be added to the list, according to reporters in Brussels.

They will now join Australia, Israel, Japan, New Zealand, Rwanda, Singapore, South Korea, Thailand and China, which have already been added to the ‘white list’. Reports say the UK’s level of cases per 100,000 people, and the exponential growth of infection by the Delta variant were the main reason behind the UK’s exclusion.

“There are serious concerns about Delta and surge of numbers,” an EU diplomat told the Guardian newspaper. Concerns had also been raised about the conditions for travellers going through British airports, where passengers have reported being told to wait for hours in close quarters with travellers from high-risk, red list countries that require hotel quarantine.

The EU’s ‘white list’ is to be reviewed every two weeks. Member states are entitled to decide on their own entry requirements for arrivals, which could include Covid testing and or quarantine.

The decision means that member states remain advised to prohibit non-essential travel to those coming from the UK even as the EU looks forward to opening up for the summer holiday season to people from around the world.

The debate over whether to fully reopen and Boris Johnson’s decision to delay stage four of his roadmap to normality had played a part in the EU debate over British tourists, sources said. Deaths are relatively low and stable in the UK compared to Europe and the Covid vaccines have been shown to work well in protecting people.