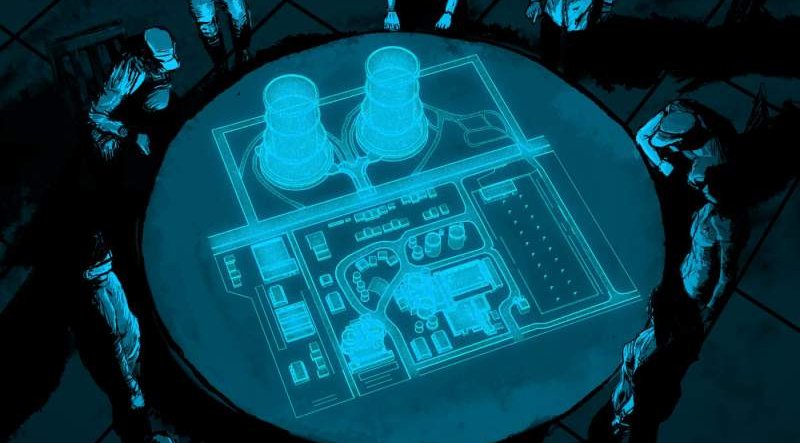 Cyberwarfare has now become such a threat that NATO’s *Article 5 covers it. As Joe Biden confronts Vladimir Putin over recent attacks, experts warn the worst could be yet to come, with cyber threats pushing the superpowers toward a more dangerous threshold.

The brutal truth is that a global cyber-war has already begun- and it will probably never end. Governments, militaries, intelligence services, companies and even individuals are having to face up to the threats.

It’s a silent tech war that pits states against states and criminals against corporations, often blurring the lines between who is who. And increasingly, civilians are getting caught up in it, either as direct targets or as the collateral damage of the digital age.

“You have a mix of state-level and nonstate actors constantly probing and attacking networks around the world,” said Martijn Rasser, a former CIA emerging technology analyst now at the prominent defence think tank, the Center for a New American Security.

“That’s just the reality of 21st-century life and something that we’ll have to deal with,” he said.

The allies this week signed off on a new “Comprehensive Cyber Defence Policy,” affirming that, if serious enough, a cyberattack could lead to the invocation of NATO‘s core *Article 5: that an attack on one member is considered an attack on all.

Recent targets have included various parts of the US government, the German parliament and election campaigning in France. More corporations than ever have been held up by ransomware, with their systems blocked in an attempt to extort money.

Hackers have already hacked into huge institutions and disrupted the lives of many. It was only last November that hospitals in the UK were the targets of a cyberattack that resulted in a shutdown for three facilities, with hundreds of scheduled surgeries cancelled. Ukraine’s power grid has been assaulted multiple times, prompting the U.S. to look into the system behind its own power grid and eliminate any potential weaknesses.

The real worry is that a cyberattack could also hit the world of nuclear weapons — an even more serious prospect, only a small group of experts have been speaking out about this risk.

“This is an issue that is enormously important — and exceptionally difficult to discuss,” said James Acton, co-director of the Nuclear Policy Program at the Carnegie Endowment for International Peace in Washington. “Because it is so heavily classified.”

To conclude, as the world plunges deeper into the era of a cyberwar, finding anything approaching trust between the major powers might just be the biggest challenge of all. RH.