How The DGT Uses Drones To Control Spanish Roads 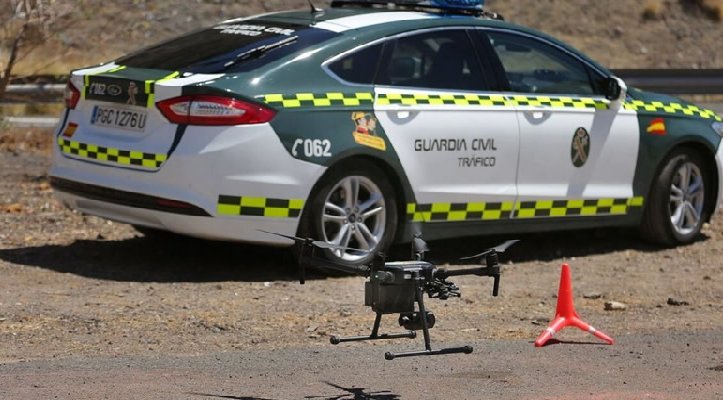 In 2019, the Directorate General of Traffic, (DGT) started using drones to control our infractions from the air as well, as the general deputy-director of Mobility Management and Technology of the DGT, Jorge Ordás, points out, “Surveillance and control are necessary, they are the way to enforce the law. The desirable thing would be that complaints about speeding were zero. The best radar is the one that does not report, it means that we have achieved the objective to pacify the area”.

It should be remembered that, currently, only three of the 11 drones that the DGT has are capable of detecting infractions that later translate into fines, while the remaining eight are used to monitor and regulate traffic.

The provincial heads of Traffic, the Control Centres of the DGT, and the subsectors of the Traffic Group of the Civil Guard (ATGC) are in charge of choosing the section of road to monitor with the drones, based on their data and taking into account the limitations for security reasons.

To explain how the DGT uses drones, once the road area to be monitored has been delimited, a point is chosen to safely park the UMA van and the weather viability to fly the drone is checked, and subsequently, the drone is assembled in situ and the operation and calibration of the device and the cameras that will serve to monitor the circulation and capture and record possible infractions are corroborated.

To control each of these ‘flying officers’, there are two operators that make it take off, explains Traffic, and in total, the organisation has 28 people trained to fly drones, 13 to operate its cameras and, in addition, it has trained another 12 pilots and 13 cameras in the ATGC.

Drones, in order not to violate the Law, do not cross the road – unless expressly authorized – they fly below 120 metres, never near strategic places such as aerodromes, airports, or security facilities, and always in the pilot’s field of vision, having a range of 500 metres, which means they can hunt down illegal manoeuvres up to a maximum of one kilometre.

The most common offences punished by drone operators are those that try to protect the most vulnerable users of the road, such as pedestrians, cyclists, or motorists, and they also monitor distractions, such as the use of a mobile phone behind the wheel, or the use of seatbelts and child restraint systems, as well as improper overtaking, or failure to respect the priorities of giving way.

In the event that the camera is controlled by a Guardia Civil officer, the sanction is notified on the spot – this usually occurs 45 per cent of the time – while if it is a member of the UMA, the complaint is processed through a file via the Provincial Headquarters or the Automated Complaints Treatment Center (CTDA), as reported by malagahoy.es.