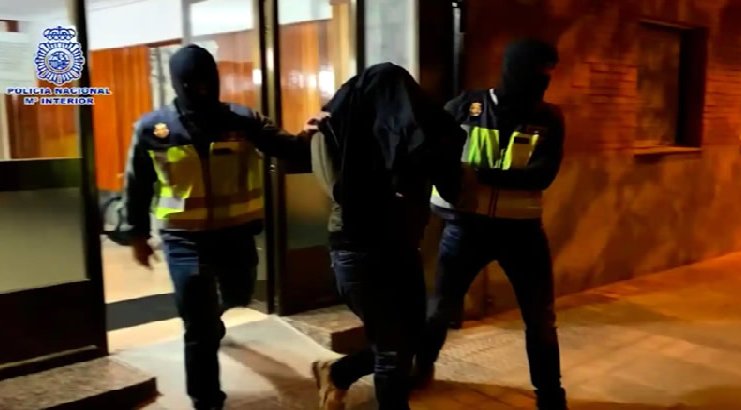 National Police officers in Madrid, belonging to the General Information Commissary (CGI), on the evening of Monday 14, detained a 34-year-old man with dual French and Algerian nationality, who is wanted by French authorities for various crimes of terrorism in its territory, with a European Arrest Warrant being in force against him since June 2.

According to sources from the anti-terrorist officers in charge of the operation, the detainee had been trying to leave Spain for Algeria for some time, after fleeing from France, reportedly visiting numerous consulates in Spain trying to request a visa, and whilst doing so, in both Malaga and Madrid he allegedly made serious ‘death threats’ against consulate workers when they informed him his papers were not in order.

In a Malaga consulate, he had acted “directly and seriously” against an official who, in fact, ended up filing a complaint against him, with Gallic authorities classing this man as having a violent radicalized profile, accumulating numerous records for common crimes, especially against people, according to elespanol.com.

Exhaustive analysis of the information provided by France and the subsequent investigation by officers of the General Information Commissary made it possible, in a joint arrangement with the Provincial Citizen Security Brigade of the Higher Headquarters of Madrid, to identify his location and subsequent detention.

His arrest was carried out by a group from the Prevention and Reaction Unit (UPR), that saw the Madrid police capture their man in the middle of the street, “quickly and efficiently” before the detainee even had the chance to react, and was placed before the Central Court of Instruction No6 on Tuesday 15 as a guard of the National Court, where a judge ordered his imprisonment.